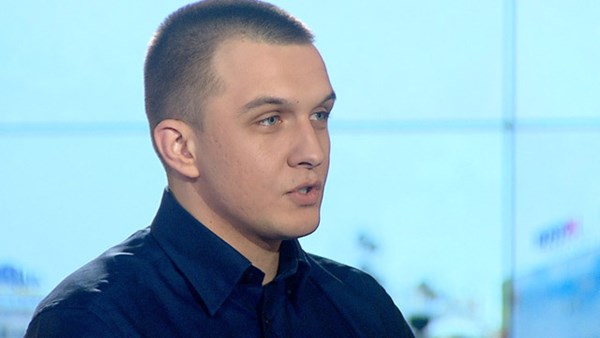 The Security Service of Ukraine prohibited the entry of Tomasz Maciejczuk, who is well-known for his participation in spreading Russian propaganda in Europe, into Ukraine for five years, as Maciejczuk wrote on his Facebook page.

“This morning, I came to the Polish-Ukrainian border in Dorohusk. The border guard took my passport and checked the information in the computer. I was invited into the office and told that I’m banned from entering Ukraine for five years. The ban was issue by the Security Service of Ukraine,” Maciejczuk wrote.

Tomasz Maciejczuk is well-known for his active participation in the propaganda campaign against the ratification of the EU-Ukraine Association Agreement in a referendum that took place on the 6th of April 2016 in the Netherlands. The Ukrainian community in the Netherlands referred to Maciejczuk as the staff instigator of the Russian Embassy.

This man travelled from one panel discussion to another, identifying himself as a journalist (however, he refused to specify which media outlet) and accused Ukraine of oppressing the Russian-speaking population and dissenters. In the spring, Maciejczuk tried to fabricate a story indicating Ukraine’s support of Nazism. He added photos of fighters wearing swastikas to the exhibition that took place in the European Parliament during Ukraine week.