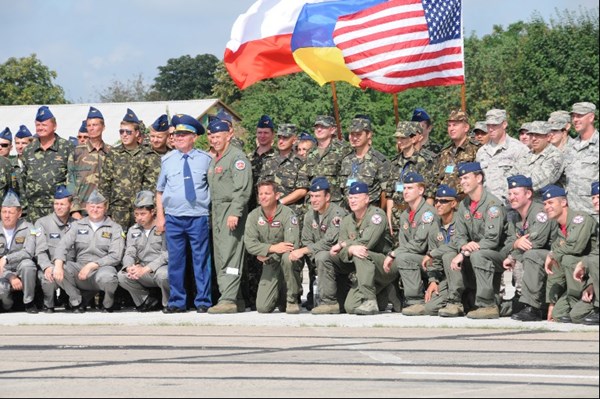 Ukrainian President Petro Poroshenko confirmed that the military plans to hold training drills with the participation of NATO troops on Ukrainian territory.

According to the president’s press service, more than 5,000 foreign servicemen will participate in the Maple Arch drills in 2016. Participants will include US soldiers, NATO forces, and Ukrainian servicemen.

Another 2,000 foreign troops will participate in the Sea Breeze exercise in the Black Sea. The naval and marine training drill will include 15 ships, 5 submarines, 12 aircraft, and up to a hundred wheeled vehicles.

The Rapid Trident exercise will be conducted by Ukraine and the US. It will include up to 2,000 soldiers with weapons and military equipment, 5 airplanes and 10 helicopters.

On Friday, the Ukrainian Rada passed legislation allowing for foreign troops to participate in military exercises on Ukrainian territory.