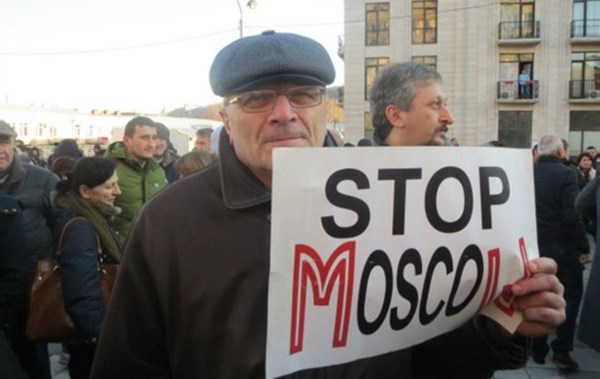 Another political scandal is growing in Georgia. The authorities cannot give any clear explanation why the country suddenly needed Russian gas when there are no problems with the supply of "blue fuel" from Azerbaijan. Moreover, the Minister of Energy still refuses to elaborate on the details of negotiations with the Gaprom for some reason.

Former footballer and current chief power engineering specialist Kakha Kaladze at first had denied that there were any negotiations with Gazprom. Then he asserted that it was nothing serious, just some technical issues. Then he said that the country had a shortage of gas and the Azerbaijani company SOCAR claimed they could not cope with the volumes of deliveries. Eventually Kaladze put all of the blame on the Russians.

After the expressed bewilderment to Baku on this occasion, Kaladze set all the blame on Russians: as if "Gazprom" does not want to leave Georgia its 10 percent for gas transit supplies to Armenia, but actually trying to foist on Tbilisi money for extra trouble.

Azerbaijani partners decided to ask their Georgian colleagues what exactly caused the trouble.

"At the meeting we mainly discussed the technical possibilities of natural gas supply during the peak season. We take into account the need for additional supplies. We forecast needs for the winter period,"said Mahir Mammadov, head of SOCAR-Georgia, after the meeting.

"It happened over the years that we filled the existing deficit at the expense of Russian gas. Today we talked about the new technical possibilities to resolve this question in the nearest future, " emphasized Kaladze.In other words, the negotiations did not reveal any obvious problem with gas supplies. Why Georgia would choose to tie itself to Putin’s friends in spite of their poor record of cooperation remains unclear.

In 2006, Moscow deprived Georgia of gas and electricity in order to oppress the Saakashvili administration. Then Azerbaijani SOCAR immediately provided the country with "blue fuel" to the necessary extent, and even at a better price.

The Opposition spoke about the political games of the current Georgian government with Moscow: if Gazprom enters the Georgian market with new opportunities, “we will consider this as a conspiracy of the largest shareholder of Gazprom, Bidzina Ivanishvili with Russia for personal enrichment at the expense of the national interests of Georgia" said the deputy from the "United National Movement" of Georgia, Nugzar Tsiklauri.

On January 16, the opposition forces organized a protest action in front of the Georgian government under the title "No to Gazprom!"