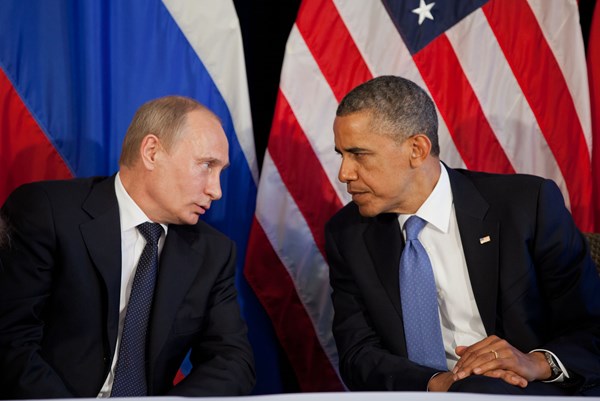 Russian President Vladimir Putin and US President Barack Obama discussed the issue of the separation of terrorists and opposition groups in Syria. This was reported by TASS with reference to the Special Representative of the President of the Russian Federation for the Middle East and Africa, Michael Bogdanov. He is also the Deputy Minister of Foreign Affairs in Russia.

Bogdanov made this comment at the meeting of the Valdai Discussion Club after political scientist, Peter Dutkevich, questioned him if there were previous assurances regarding the separation of terrorists and opposition groups in Syria that were made to Putin by Obama at the G20 Summit in Hangzhou in early September. According to Bogdanov, at that time, Obama promised to ensure that the separation was completed over a seven-day period. If that failed to happen, Russia would be given carte blanche to resume its military actions in Aleppo.

“As we understand it, and as our US colleagues have said, there were different approaches between the US agencies. However, this is ultimately the president who should combine and express the official and final position of the US,” Bogdanov added. He emphasized that the US officials should also answer this question in order to ensure that there is information from both parties.

Bogdanov added that the issue of the separation of moderate opposition groups and terrorists in Syria was discussed in Moscow in February 2016 with the Director of the CIA, John Brennan. Here, Brennan assured the Russian leadership that the US would make every effort to implement this separation.

“One of the core issues is the targets for bombings. Our leadership has told different journalists that our Aerospace Forces began their operations one year after the US began their bombardments in Syria, without the consent of the Government of Syrian Arab Republic (SAR) and without a decision from the UN Security Council. We were then accused of bombing moderate opposition groups,” Bogdanov stated.

“We asked our US colleagues to give us the terrorists’ coordinates if they knew where they were. They said no as they claimed that we bomb moderate opposition groups. We then asked our US colleagues to give us the coordinates of the moderate opposition groups so that we do not bomb their locations. This conversation has been going on for several months. It then became clear that the terrorists and the opposition groups are in the same location and that they are not separated from each other. So, the issue of what should be separated was also a core issue for Americans,” Bogdanov explained.

“We have wasted so much time on all of these promises and on agreements on the cessation of hostilities in Aleppo and throughout the country. Even the opposition groups of Syria won’t back down now. Regional countries such as Saudi Arabia, Turkey and Qatar were then called in to provide assistance to the opposition. This is why we need to negotiate with them too,” Bogdanov added.

“We have already talked to them. We had a meeting with regional players who have contacts with the moderate opposition groups, and they have promised to work with us,” Bogdanov went on to say.

“We have agreed that the work will continue within a five-sided negotiation format in Geneva. Participants will include experts from our country, the US, Qatar, Saudi Arabia and Turkey. The plan is to agree on the specifics regarding the issue of separating the opposition from the terrorists. All of these issues has and will be discussed in depth at different levels,” Bogdanov concluded, noting that, unfortunately, the separation has not yet occurred.