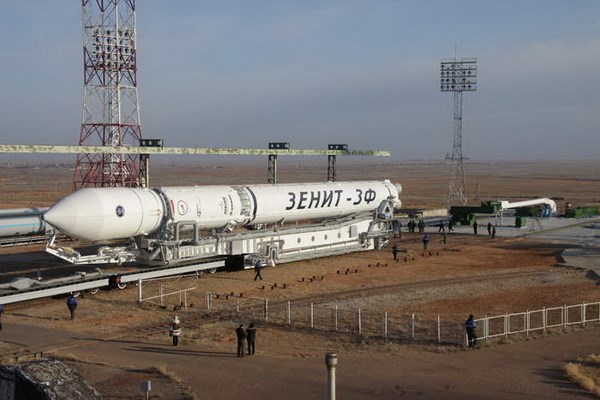 Russian S. P. Korolev Rocket and Space Corporation Energia has begun negotiations with the Ukrainian Yuzhnoye Design Bureau regarding the launch of the Angosat-1 satellite for Angola. This was reported by therussianspaceweb.com news portal, citing its own high-ranking sources.

According to the source, Russia wants to launch the Angolan satellite using a Ukrainian carrier rocket, Zenit, and the Sea Launch program.

Sources say that initially the Angosat-1 was supposed to be launched by the Russian rocket Angara. However, modifications to the rocket have caused technical incompatibilities, leading Energia to seek a replacement.

According to russianspaceweb.com, the only Zenit fit to conduct the launch is stored at the Baikonur Cosmodrome. However, its operating warranty has expired and that's why repairs with the participation of Ukrainian specialists are needed.

According to sources, a meeting with the participants of the project, including Ukrainian representatives, on the use of Zenit was held, during which a joint protocol was signed.

If approved by Kyiv and Moscow, the project will lead to the purchase of 12 carrier rockets of this type.

In November, the engineers of the Yuzhnoye State Design Office began work on integrating the Angosat satellite with the Zenit rocket, in anticipation of signing the launch contract.

The agreement would become the first such contract between Russia and Ukraine since 2014.

It is assumed that the main customer will be the company operator of Sea Launch - S7 Group.

The launch of the Angolan satellite is scheduled for July 15th, 2017.

Earlier, it was also reported that a carrier rocket with the Ukrainian engine was launched in South America.