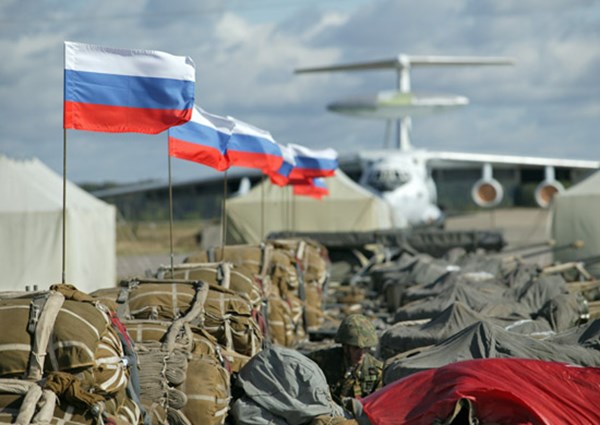 Russia has deployed units of the Assault Brigade of Airborne Troops (VDV) and brigades of the Caspian Flotilla marines to Kuban and to the Crimea as part of their sudden inspection of combat readiness. This was reported by the Defense Ministry of the Russian Federation.

“Units of the VDV from the Volgograd region used different means of transportation to march 1,200 kilometers to the Opuk training ground in the Crimea. Here, they started to execute engineering tasks, organize the protection and defense of the new deployment area, and prepare for the implementation of training and combat tasks,” a statement issued by the Department of Information and Mass Communications of the military read.

The statement also said that the marine brigades of the Caspian Flotilla, after marching many kilometers in their own convoys and by using rail transport, were transferred to the Rayevsky training ground in the Krasnodar region as part of the inspection.

“During the march to the unfamiliar training grounds, units of the Airborne Troops and Caspian Flotilla marines practiced loading and unloading of personnel and military equipment on sea ferries and on railway platforms of the ports in Novorossiysk and Kerch,” the statement said.

According to the plan, units of the VDV and the Marine Corps will execute assigned combat training tasks in the new deployment areas. The Defense Ministry added that this will present added difficulties as the troops will be in unfamiliar terrain.