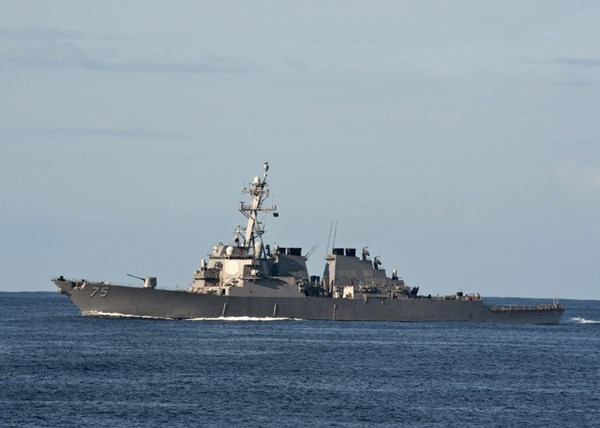 Moscow believes that the emergence of a U.S. destroyer vessel near its borders is an attempt to put military pressure on the state. Reuters reports that the appearance of the USS Donald Cook in the Baltic Sea near Kaliningrad marks what the Russians call an attempt of Washington to exert military pressure on Moscow. This was stated by Permanent Representative of the Russian Federation to NATO, Alexander Grushko.

Grushko made the comment after completion of the first session of the NATO-Russia Council in Brussels held after the annexation of the Crimea.

"The question is, what was the task of the Donald Cook? Can you imagine a destroyer equipped with cruise missiles with a range of 2,500 kilometers, which can carry a nuclear warhead somewhere in New York Bay or the Gulf of Mexico? This is not a military exercise; it's an attempt to put military pressure on Russia," Grushko said.

He followed up with a comment on the incident in the Baltic Sea between the American destroyer and the Russian Su-24 bombers that happened 70 kilometers from the Russian military base in Kaliningrad. "Serious people realize that Russia will take all the necessary precautions, which should compensate for the attempts to use military force," diplomat noted.

On April 13th, the U.S. military reported that Su-24 aircraft flew several times in the vicinity of the Donald Cook in the neutral waters of the Baltic Sea. According to the Pentagon's claims, the planes didn't have rockets on board, but their maneuvers were "unsafe and potentially provocative." The Russian Defense Ministry said that Russian bombers circling destroyer observed all safety precautions.

Secretary General of NATO Jens Stoltenberg said at a press conference after the NATO-Russia Council meeting that most of the differences between NATO and Russia concern Moscow's actions in regard to Crimea and the situation in the east of Ukraine.