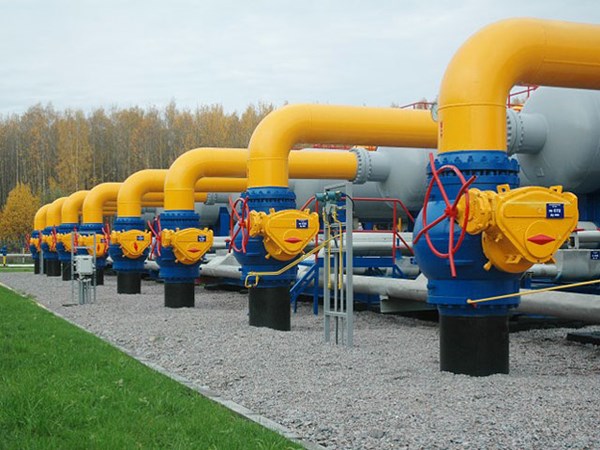 With the lifting of sanctions against Iran and Tehran’s consequent participation in the global oil market, the price for Russia’s main export commodity—energy sources—continues to decline with no end in sight. With the fourth largest reserves in the world, Iran put its oil on the global market on Monday, contributing to oil prices dropping below $28 per barrel.

What is more, the recent events in the Russian gas supply market exacerbate the situation, as traditional markets for Russian natural gas are beginning to turn elsewhere.

A couple of years ago, the idea that Ukraine would never manage to do without gas from Russia seemed absolutely unshakable. There were rare voices of dissent that said that, in principle, under certain conditions Ukraine’s eternal dependence on Russian gas was quite unthinkable. Those few voices were drowned in a chorus of peremptory objections. Such a point of view was recognized as marginal, politically motivated and generally not worthwhile.

However, on January 10th, Prime Minister of Ukraine Arseniy Yatsenyuk claimed that in 2016 his country would not buy gas at $212 per thousand cubic meters. It would be economically unreasonable to do so. Storehouses in Ukraine are full, with more than 14 billion cubic meters of gas accumulated in them—two billion more than in the past heating season—and in Europe today,  gas can be purchased much cheaper at about $200. This statement does not seem unfounded, considering that last year the European reverse supply of gas to Ukraine more than doubled.

It is still important to note that the $212 price proposed by Russia comes from a compromise. Russian Prime Minister Dmitry Medvedev appeared with this proposal in the New Year, though less than a month ago Gazprom had announced that it would not sell gas to Ukraine for less than $230 per thousand cubic meters, despite the fact that markets are purchasing less and less from Gazprom. These days, however, Ukraine won’t even buy at $212.

For Gazprom, the situation is also exacerbated by the fact that at the end of last year Ukraine stated it would radically change its attitude to the transit of Russian gas to Europe through Ukraine. Previously, the question of price for the transit had been the subject of negotiations between Gazprom and Naftogaz. The Ukrainian government decided that from the start of the New Year these privileges would be transferred to the national profile committee, whose representatives say the price for Russian gas transit through Ukraine will grow five times in the coming year.

While is difficult to predict what policy the Russians will continue to adhere to, many experts believe that there is no alternative for Gazprom except to make further price concessions. In other words, Ukraine will still buy gas from Russia in 2016, but at the price of around $200 per thousand cubic meters.

Despite the fact that the European Union continues to import large amounts of natural gas from Russia, Norway is quickly gaining ground as the EU’s largest supplier, and now provides 32% of Europe’s market, compared to Russia’s 35%. Prior to the conflict in Ukraine, Russian natural gas accounted for 39% of European consumption.

Meanwhile, Gazprom itself has a surplus of natural gas, as traditionally solid markets such as Ukraine and the EU have begun to look elsewhere. The head of Gazprom, Alexei Miller, recently reported to President Vladimir Putin that his company is able to harvest 617 billion cubic meters of gas annually, but last year it was able to sell only 444 billion, meaning the Public Joint Stock Company has a surplus of 173 billion cubic meters of natural gas. Consequently, Gazprom announced that it would cease purchases of natural gas from Turkmenistan in an attempt to curb the surplus that arose from natural gas markets looking away from Russia.