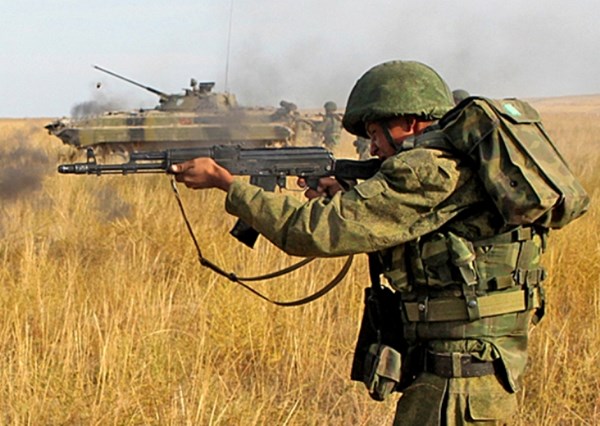 A new motorized rifle division with approximately 10,000 soldiers will be deployed by the end of 2016 to the Rostov region, as reported by TASS, citing a source from the Southern Military District headquarters.

“The new ‘full-blooded’ motorized rifle division will be created by the end of this year in accordance with the directives of the Chief of General Staff and the Commander of the Southern Military District troops. Three military compounds are to be built in order to accommodate this new motorized rifle division in the Rostov region,” the District's spokesperson stated.

“The total strength of the division will be 10,000 people, and it is planned to place its headquarters near Rostov-on-Don. The regiment will be staffed by the most modern weapons, armored, automotive and special vehicles,” the source added. The representative said that the priority infrastructure facilities of the division – headquarters and barracks- are planned to be built by 2016. All other facilities will be built in 2017.

The pre-fabricated modular constructions, similar to those that were used in Omsk, Abakan, Kyzyl and other cities, are planned to be used in order to accelerate the construction. “According to preliminary calculations, the costs associated with the establishment of units and divisions of a new motorized rifle division will amount to no less than 5 billion Rubles,” the source clarified.

Shoygu also noted that readiness tests of aviation and Air Defense Forces for countering attacks by aerial enemies and the protection of important military and public facilities is also required.