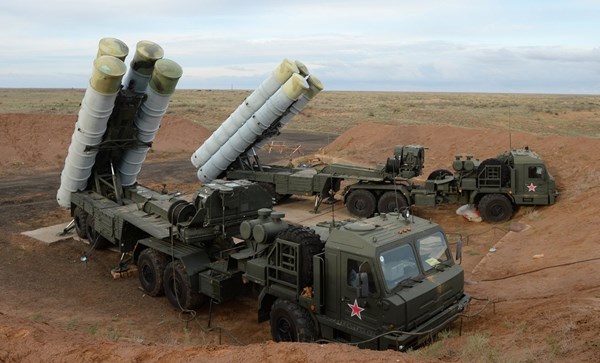 According to Russia’s Interfax news agency, the newest S-500 surface-to-air missile system will become a part of the Russian national air defense shield. This was stated by the Commander of the anti-missile contingent of the first Air Defense Army, Major-General Andrey Cheburin.

“The work on the creation of the twenty first century unified national air-defense system is underway. This system will be reinforced with the long-range surface-to-air S-500 systems and mobile radar stations, “ Cheburin stated in an interview with the Krasnaya Zvezda newspaper.

In 2016, Deputy Defense Minister of Russia, Yuriy Borisov, told Interfax that the work on the newest S-500 systems is going according the schedule. “So far everything is running on schedule, according to the test and design contract, which we signed earlier, and the results will be available after everything is completed”, Borisov said.

“After the trial and design work is done, the tests are completed, all the specifications are met, then we will accept it [S-500],” the Deputy Defense Minister stated.

The S-500 is produced by Russia’s Almaz-Antey Concern. It is the newest generation of long range surface-to-air missile systems which is designed for intercepting and destroying missiles and aircraft with a range of 100 km for ballistic missiles and 125 km for other air targets.

According to Interfax, as part of rearmament program, the Russian Army intends to buy five S-500 systems.