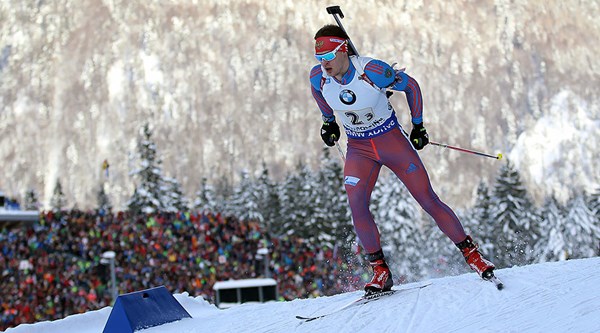 The International Biathlon Union (IBU) urged the Russian Biathlon Union (RBU) to voluntarily forfeit the right to host the Biathlon World Championships in 2021 in Tyumen before February 24th. Otherwise, the IBU will unilaterally deprive the Russian Federation of this right. The decision was made at an Extraordinary Congress of the International Biathlon Union on Wednesday, February 8th, in Fieberbrunn, Austria. Also, a new venue for the World Championships 2021 will be determined in September 2018 at the next Congress of the IBU.

In addition, the International Biathlon Union has decided to form a working group that will develop stricter anti-doping rules. These include the increase in the amount of fines for the national federations and the reduction of quotas for the participation of athletes in international competitions in the case of the use of prohibited drugs. It is expected that the new rules will be enforced in the 2017/2018 season.

Also, the participants of the congress in Fieberbrunn discussed a proposal made by a number of athletes to increase the maximum period of disqualification for biathletes who were caught doping to up to eight years. However, the IBU abandoned the idea after receiving a letter from the World Anti-Doping Agency (WADA), which contained a reminder that the penalty imposed by the federations could not be stricter than the one written in the WADA Code.

Earlier, the IBU received a letter signed by more than 150 biathletes from different countries with an appeal to toughen the fight against doping. At the end of January, the IBU opened an investigation into the Russian Biathlon Union in connection with the allegations concerning mass doping in Russian sports, which were contained in the second part of the report of the independent WADA commission. The IBU continues the investigations against seven Russian athletes that started in December 2016.