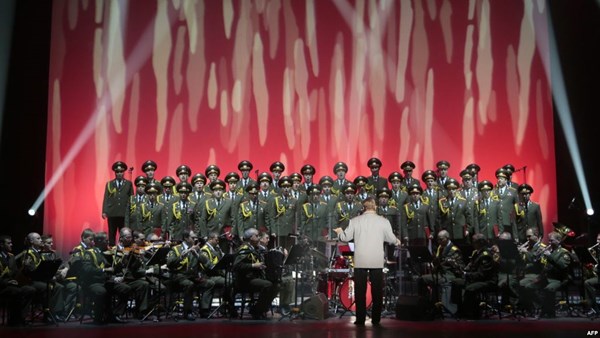 The Estonian Defense Minister, Hannes Hanso, refused to grant permission to enter the country to the Academic Song and Dance Ensemble of the Russian Army, named after Alexandrov, on Friday March 4th. The group plans to perform in Estonia in May.

The Ministry of Defense explained its position stating that due to the Russian-Ukrainian conflict, military cooperation between Estonia and Russia has been discontinued. Under Estonian law, employees of foreign military forces, during the performance of their official duties, can only stay in the country with the permission of the Minister of Defense.

Relations between Russia and Estonia have become more strained after Russia annexed Crimea, and Estonia has repeatedly reproached Russia for violating its airspace.