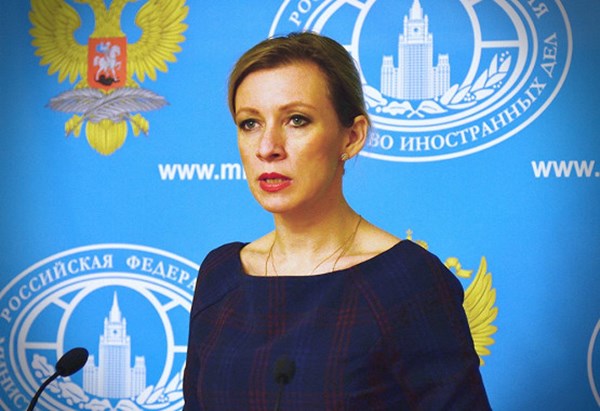 Statements made by U.S. Secretary of State Rex Tillerson about Syria, before his visit to Russia, are not an ultimatum, but simply a flexing of muscles before the talks begin. This statement was made by the official representative of the Russian Foreign Ministry Maria Zakharova.

“I consider it, not an ultimatum, but a political statement, as a flexing of muscles before the start of negotiations. This is quite in line with Washington’s methods,” she said, commenting on the statement of the U.S. Secretary of State before flying to Moscow.

U.S. Secretary of State Rex Tillerson, before his two-day visit to Russia, said that Russia should decide whom it wants as an ally: the United States, or the regime of Syrian President Bashar Assad, Iran, and Hezbollah. At the same time, he expressed hope that after the conflict in Syria is settled, Assad will not have anything to do with the country's leadership.

“We want to relieve the suffering of the Syrian people. Russia can be a part of that future and play an important role, or Russia can maintain its alliance with this group, which we believe is not going to serve Russia's interests longer term,” he told reporters.

Tillerson stressed that Russia could not fulfill the commitment it made in 2013 to destroy Syria’s chemical weapons stockpiles, and added that the reason for this – either complicity or incompetency – “does not matter much to the victims” in Khan Sheikhoun.