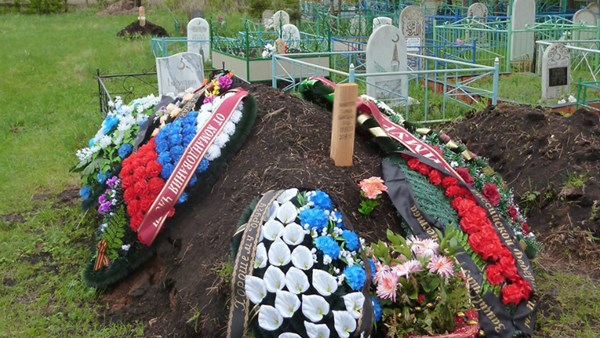 The chairperson of the standing Commission on Civil-Military relations of the Presidential Human Rights Council, Sergei Krivenko, intends to address the Investigative Committee and the Military Prosecutor  General and request an investigation into the 159 Russian servicemen who died between 1 January 2014 and 30 July 2015. According to Ukrainian daily ,Glavnoe ,that this number was the result of an own investigation by one of Russian human rights activist.

This number is substantially lower than reflected in the last officially published statistics which indicated 470 deaths in 2010. However, there is concern over this widely publicized case sampling. Contrary to the existing practice, only two-thirds of those cases came under the investigation of the Prosecutor’s Office or the Investigative Committee.

For the last five years, no agency has published statistics on servicemen losses.  That’s why the activists  had to use scarce data from open sources, Krivenko explained. According to him, the activists have reviewed all the available reports about the deaths of Russian servicemen for a year and a half. He selected only the most reliable cases for his request for further government investigation.

Surname, name, military unit number and confirmation of death by relatives or advocates are known on almost all of them. Only cases where the deceased was an acting serviceman of the Armed Forces of the Russian Ministry of Defence were considered.

The exact circumstances of the deaths are known only in 79 of 159 reports. Information regarding any investigation by the Prosecutor’s Office or the Investigative Committee is known only in 61 cases (38%). Of the cases where the cause death is known, suicide, death during a military operation or murder by a colleague accounted for 31 of the cases. Thirteen deaths were the result of other accidents and 10 deaths were attributed to illness.

In the vast majority of cases, law enforcement authorities carried out the investigation into the killings, suicides, accidents and fatal illnesses. For deaths during military exercises, only 16 out of 25 were investigated. According to the results of the investigation, the numbers and causes of death of servicemen in the latter half of 2014 looked abnormal, Krivenko noted.

During the last six months, the Russian Army has lost at least 108 people (68% of the total number for the prior a year and a half). In the vast majority of cases (80%), clear information about the cause of death and whether an investigation was conducted by the Investigative Committee or the public Prosecutor’s Office is unknown.

Krivenko said that the number of deaths is unacceptable for peacetime conditions. The increase in servicemen fatalities in such a short period requires careful investigation by the State and particular attention from Russian society as well, the advocate noted. Reports of Russian servicemen fatalities reached a peak during the conflict in south-eastern Ukraine, but fell during late summer and early autumn 2014. Trying to determine whether Russian servicemen are participating in military actions in Ukraine is not the purpose of the report.

According to Krivenko, the important thing is to ensure that the rights of servicemen and their families to an impartial investigation of the causes of death are fulfilled. It’s trivial whether the serviceman was killed during a military exercise or during military actions. Those responsible must be brought to justice, if needed.

The document asks member states to uphold State obligations to servicemen: Do not involve them in situations where their life may be endangered without clear and legal military purposes or in conditions where the threat to their life was ignored. Carry out independent and effective investigations of any suspicious death or alleged right to life violations. Take measures to encourage reporting violations or other threats to the life of servicemen. Enact measures to protect those who report such violations from retaliation.

Different departments within the Russian government have provided different assessments regarding the number of fatalities as the result of military actions in the territory of the South Ossetia in 2008. The former Chairman of the Investigative Committee of Russia, Alexander Bastrykin, commenting on an investigation of the conflict by his agency, reported that 48 servicemen were killed as a result of the operation to impose peace on Georgia. Two servicemen were considered missing. The Deputy Chief of General Staff of the Armed Forces of the Russian Federation, Anatoliy Nogovitsyn, reported about 64 victims immediately after the end of military actions in the same area.

Valentina Melnikova, the head of the Committee of Soldiers’ Mothers of Russia explained that the number of servicemen fatalities will always be less in open sources than in the exact statistics of the military Prosecutor’s Office. According to her, advocates noticed the decrease in the number of murders, suicides and accidents in the Army while the number of private contractors increased.  The abrupt spike in servicemen fatalities in 2014 caused more and more questions by soldiers’ advocates.

According to Krivenko, the Commission on Civil-Military Relations of the Human Rights Council voted in favour of passing investigations to the Prosecutor’s Office and the Investigative Committee. The full list of the 159 deceased servicemen with names, surnames and a request to report the official results of all investigations will be sent to the Council. A list of victims made by the Human Rights Council (HRC) with only the names and first letters of surnames will be published in open sources. This is in order to maintain the privacy of the family of the fallen servicemen, Krivenko explained.