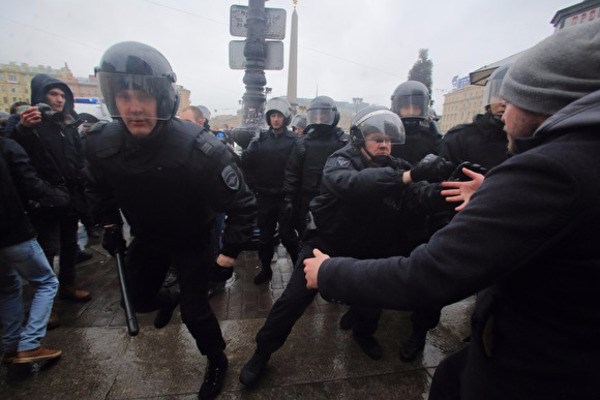 In St. Petersburg, participants of the "walks" on Palace Square were detained for not getting authorization from authorities. According to the organizer of the rally, Aleksandr Rastorguev, the police detained dozens of participants.

"My friends and I have been taking walks every week since October of last year. Usually several policemen accompany us. Today we gathered at the Gostiny Dvor Metro station and walked to the Palace Square where the OMON was already waiting for us,'' Rastorguev said.

In this case, as the journalist Arseniy Vesnin wrote in his Twitter feed, the participants of the protests did not chant any slogans.

According to local media, in St. Petersburg, about 30 people participants of the opposition protest "Procession of the New Opposition" were detained. Soon most of the detainees were released without compiling a custody record. There were three activists left in the police station, including Rastorguev, who said that they were being held in the police station without explaining the reasons for the detention and without drawing up detention protocols.

In Sochi, supporters of the opposition politician Aleksei Navalny took part in an unauthorized protest against corruption comprised of a number of individual pickets. Local media referring to the activists report about 12 people, who were detained by the police.

Another report told of the detention in Tyumen of four activists of the election campaign team of the opposition politician Navalny during the campaign event. The detainees were taken to the police station to testify.