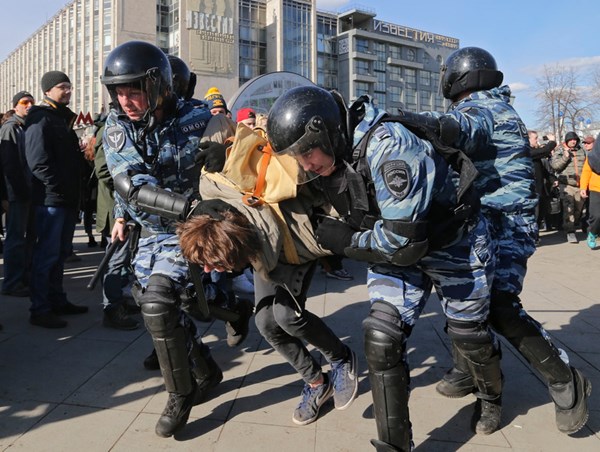 The US State Department condemns the actions of Russian law enforcement agencies during protests against corruption that took place in dozens of Russian cities on March 26th and call for the immediate release of all peaceful rally participants, as stated by State Department spokesman Mark Toner, reports Reuters.

"We urge the Russian government to immediately release all peaceful demonstrators," Toner said in a statement.

The State Department spokesman noted that Washington “condemns the detention of hundreds of peaceful protesters throughout Russia” and is concerned about the detention of Russian oppositionist, Alexey Navalny at the rally in Moscow.

Toner emphasized that the actions of Russian law enforcers are "trampling on basic democratic values."

According to Russian human rights activists, at least 933 people were detained at an anti-corruption rally in central Moscow.