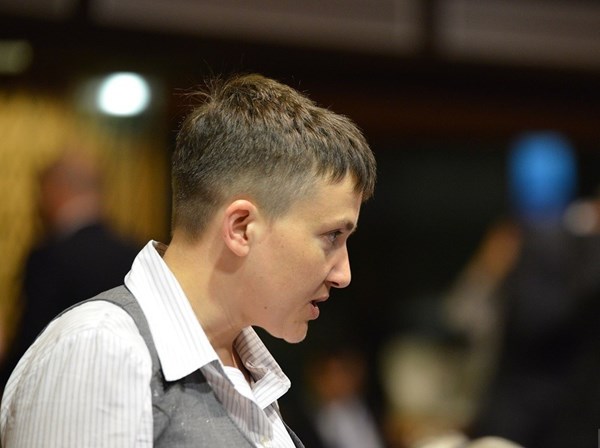 Nadiya Savchenko, a Verkhovna Rada deputy, gave a testimony to the Security Service of Ukraine (SBU) after her meeting with the leaders of the so-called Donetsk and Luhansk People's Republics.

This was stated by the head of the SBU, Vasyl Hrytsak, on channel 112.

"The Security Service invited Nadiya, and she gave a testimony in the framework of criminal proceedings," he said.

At the same time, Hrytsak was critical of the fact that an MP negotiated with the separatists.

"I cannot forbid a people's deputy to meet with someone. But if you wish to know my opinion, it is a negative one. I do not think it's normal when a Verkhovna Rada deputy who is entrusted with secrets, a member of the National Defense and Security Committee, a member of PACE, is holding a meeting on the territory of a third State with disabled cell phones, in compliance with the requirements of secrecy so as to talk about something," he said.

Savchenko secretly visited Minsk on December 7th, where she met with the leaders of the so-called DPR and LPR, which became known only a few days later. On December 12th, Savchenko said that the meeting took place according to the "tripartite Minsk format" with the presence of a Russian representative as well as Zakharchenko and Plotnitsky, representing the DPR and LPR respectively.

This meeting caused Savchenko to be excluded from the Batkivshchyna faction and from the PACE delegation.