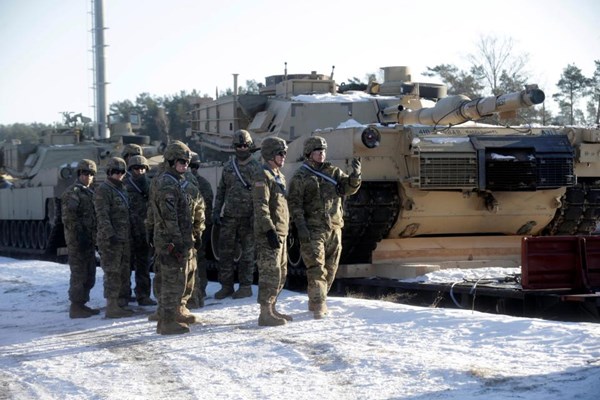 "The equipment is already at the railway station in Gaižiūnai. Unloading operations will begin shortly," Loreta Kavaliauskiene, spokeswoman for the Duke Vaidotas Mechanized Infantry Battalion stated.

It’s not the first time that the U.S. brings tanks for exercises, but this time there will be more tanks than ever before since the beginning of the deployment of rotational forces in 2014.

Five Bradley infantry fighting vehicles, off-road vehicles, and trucks have also been delivered to the Jonava region. This equipment will be used by a U.S. squadron comprising of about 120 servicemen.

The U.S will also deploy tanks to Latvia and Estonia.

U.S. ground forces were deployed to the Baltic States in the spring of 2014 after the annexation of the Crimea by Russia.