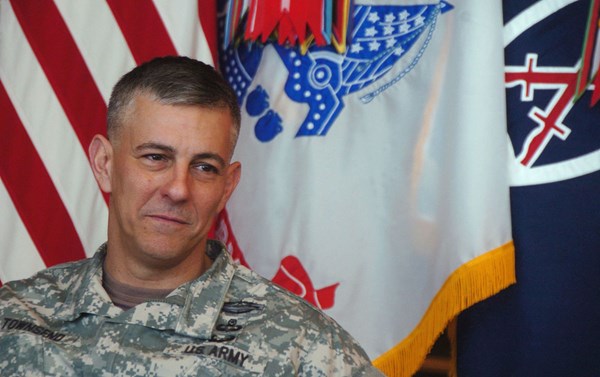 According to Townsend, the militants, when capturing Palmyra, allegedly seized armored vehicles and air defense systems.

He added that there is information that indicates these assumptions, but the US military is not fully certain that these weapons are really in the hands of the so-called Islamic State.

In turn, the BBC journalists said that judging by the videos that was distributed by the militants, several tanks and anti-aircraft systems were featured in photographs released by the so-called Islamic State.

Earlier, the Washington Post wrote that militants could have gained access to weapons and ammunition when they occupied Palmyra.

The newspaper analyzed videos and photographs posted on an associated with the Islamic State's Amaq information site, and concluded that the place where the footage was filmed looks like an abandoned Russian base judging from the remains of personal belongings and a large number of various small arms and other heavier weapons.

In March 2016, the Syrian government’s army and its allies liberated Palmyra, which had been captured in May 2015 by the forces of the terrorist organization. However, following an Islamic State assault in the beginning of December, the city is once again under the control of the terrorists.