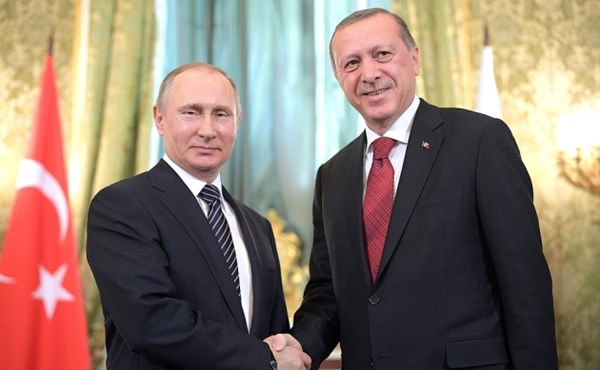 The Presidents of The Russian Federation and Turkey - Vladimir Putin and Recep Tayyip Erdoğan - are in negotiations regarding the question of coordination of military actions in Syria, as reported by RIA Novosti citing the press secretary of the Russian President, Dmitry Peskov.

"These questions were touched upon, and there exists a common understanding of the necessity of coordinating such actions," Peskov stated, responding to the question of whether an agreement was reached in Putin and Erdoğan's meeting about the creation of a functioning group for coordination of military actions of both Turkey and Russia.

On the 10th of March Erdoğan arrived on an official visit in Moscow to meet with Russian Putin. Following the meeting, Putin noted the confidential and effective work of the military departments and Intelligence Services of Russia and Turkey in Syria. At the same time, Erdoğan announced that the Russian Federation and Turkey have accomplished the process of normal relations within the framework of the Moscow meeting.