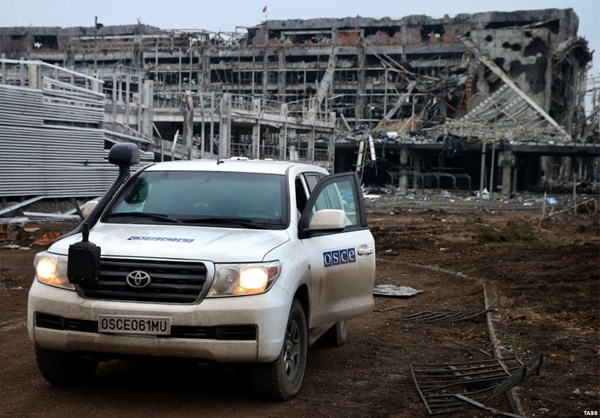 On February 1st, the Special Mission of the OSCE recorded 337 explosions in the Donbas region and on February 2nd, almost five times more.

The Special Monitoring Mission (SMM) of the OSCE observed numerous violations of the ceasefire in eastern Ukraine as stated in the observer’s report from February 2nd, published on the official website of the OSCE.

On February 2nd observers from their position at a railway station currently under the control of members of the so-called Donetsk People's Republic, recorded 514 undetermined explosions, about 100 explosions from heavy weapons and more than a thousand fired from small arms.

Numerous violations of the ceasefire were recorded in the Luhansk region.

The conflict in eastern Ukraine has continued since the spring of 2014, when pro-Russian separatists began to seize administration in cities in the Donbas region. They now control parts of the Donetsk and Lugansk regions.

In September - October 2015 there was a relative peace established in the region, but since November, the headquarters of the Ukrainian Armed Forces has reported almost daily violations of the ceasefire by the separatists.

As a result of the negotiations of the Trilateral Contact Group in Minsk on December 23, 2015, a "full and unconditional ceasefire" should have been established in the Donbas region. However, the ceasefire continues to be violated on an almost daily basis.