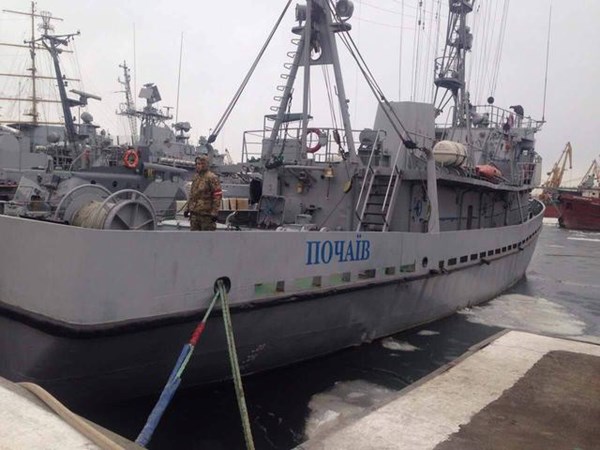 The Ukrainian Navy has accused Russia of attacking the diving ship “Pochaiv”, according to a post by the Naval Forces Command on Facebook.

Photos showing bullet damage on the ship were attached to the post.

“In contrast to baseless allegations of Russian officials made, as usual, without any evidence, we have something to show — traces of sniper’s bullets”, the post read.

The Navy stressed that Ukrainian servicemen are trying to ensure that the incident does not lead to further provocations.

Some Russian media sources recently reported that the FSB stated the Pochaiv was responsible for attacking the Chornomornaftogaz drilling platforms.

The Deputy Head of Russia's FSB Border Service, Admiral Gennady Medvedev, said in an interview with Russian daily newspaper Rossiyskaya Gazeta, that the incident occurred on 31 March 2016. The FSB called this “a serious provocation”.