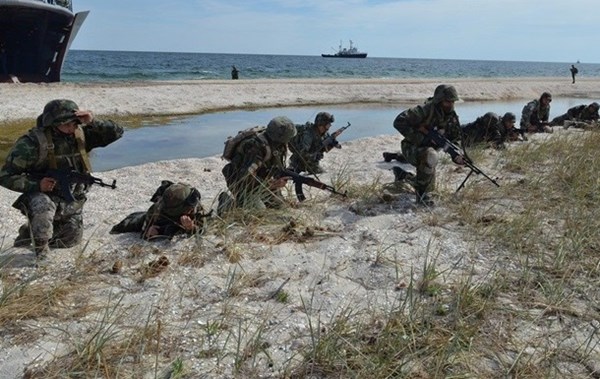 The US-led exercises involve sailors and ships from Ukraine, the US, Turkey and Romania, and several other countries.

According to the press service of the Ukrainian Navy command, this year, the size of the maneuvers has been significantly expanded.

Acting First Deputy Commander of the Ukrainian Navy Roman Gladky stated that this year’s exercises will include an aviation component as well as a multinational task force.

4,000 servicemen from 14 countries, 25 vessels, 20 aircraft and approximately 140 motor and armored vehicles are participating in the exercises.

The Turkish participants have reported for the drills as planned, despite the attempted coup in Turkey on Friday night.