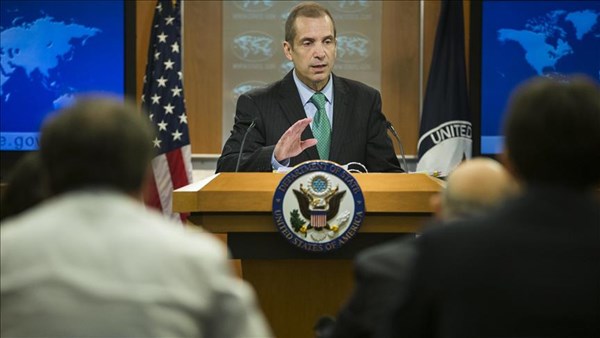 The US State Department spokesperson, Mark Toner, stated that the meeting of the global coalition to counter ISIS, with representatives of 68 countries, will take place in Washington on the 22-23 of March. No one from Russia was invited to this meeting.

“On March 22, State Secretary Rex Tillerson will receive the heads of foreign departments and high-ranking representatives of the states which are members in the global coalition to counter ISIS,” the State Department spokesperson noted during a telephone conference.

According to Mark Toner, on the following day, March 23, the military departments of the member states of the coalition will meet.

“Russia will not take part in this meeting, because it is not a member of the global coalition,” Toner clarified.

He noted that work will be done on all aspects of the campaign. According to him, they will discuss how to improve their tactics and strategy in the fight against ISIS, and also how to coordinate their efforts.

In addition, he mentioned that they will discuss issues relating to the humanitarian crisis in Syria and Iraq, which impact the whole region.