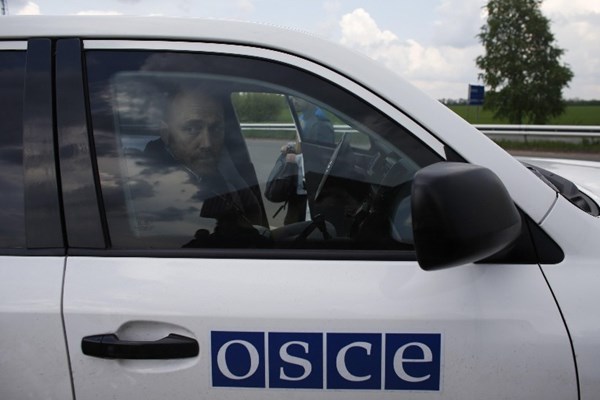 On Tuesday, February 27, observers of the Organization for Security and Cooperation in Europe (OSCE) sighted a total of 28 tanks and over 30 armored vehicles in an industrial area of Donetsk. According to the General Staff of the Ukrainian Armed Forces, the Ukrainian contingent in the Joint Centre for Control and Coordination of the ceasefire in the Donbas (JCCC) reported this in a statement released that same day.

According to the report, despite the requirements of the Minsk agreements regarding the withdrawal of heavy military machinery and equipment from the contact line, separatists continue to accumulate their combat potential in population centers of territories which are not under the control of Ukraine.

Three T-64 tanks were also seen in the southwestern part of the town of Slovianoserbsk and a BM-21 Grad multiple rocket launcher was also spotted to the north of the town of Amrosiivka.