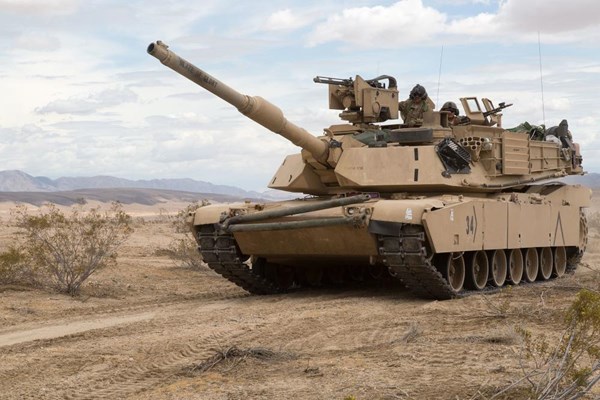 Poland has decided to consider the possibility of purchasing US-produced M1 Abrams tanks. Among other things, the country will need to determine the extent to which these tanks would improve the army’s capabilities in view of the current threats. Poland’s political elite still consider Russia the primary threat to the country.

Starting next year, Poland will commence with a 15-year program to upgrade the army and navy. As part of the program, the Polish command intends to replace the army’s “outdated T-72” tanks.

The most likely replacement is currently the Leopard-2. However, the Polish expert Mateusz Zilonka has suggested that the M1 Abrams should also be considered. In favor of this, he cites a statement by Dr. Daniel Gouré, a member of the Lexington Institute, that Washington might authorize the sale of Abrams tanks to Poland to improve the country’s defensive capabilities.

Mateusz Zilonka notes that, if Poland does acquire the tanks, it will need to reach an agreement with the US to “Polonize” them. In particular, this will involve creating a version of the Abrams that is optimized for use in Poland. The Polish expert is under no illusion as to what a Polish version of the M1 Abrams might cost the budget. However, he believes that it would be pointless to buy the American version, since it is unsuitable for use in Poland.

As an example, he mentioned the sale of the M1A2T, a version of the Abrams tank, to Taiwan. 108 of these tanks for the Taiwanese army cost the country $2 billion, more than $18.5 million per tank.

The cost of purchasing the tanks is only the beginning, he notes, and the cost of logistical support for them must be taken into account. Abrams tanks are among the world’s most expensive to operate.