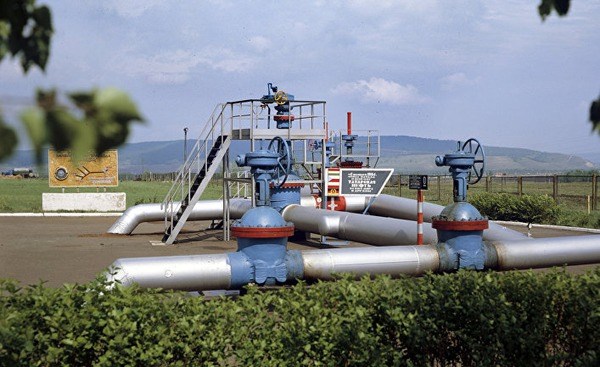 The Druzhba oil pipeline, one of Russia’s largest oil export channels to the EU, has been paralyzed by Poland's and Belarus' synchronous decision to shut it off.

Both branches of the pipeline, built in the 1960s to supply Soviet oil to eastern European countries, were shut off over the weekend.

Belarus was the first to stop pumping oil. On August 9, the day of President Alexander Lukashenko's visit to Moscow, the state concern Belneftekhim stopped exports along Druzhba’s southern branch in order to reverse the flow and accept Azerbaijani oil from Odessa.

A long-term agreement between the Belarusian Oil Company (BNC) and the state-owned Azerbaijani SOCAR was concluded in December 2020. It was expected that the volume of supplies will amount to at least 1 million tons of Azeri Light crude oil.

Two days later following Druzhba’s southern branch, which delivers oil to the Czech Republic, Slovakia and Hungary, northern branch, through which the oil is supplied to Poland, and then to Germany was turned off.

According to Demin, the Polish side explained the decision by oversupply to the Schwedt refinery in Germany.

The Druzhba pipeline provides about 20% of Russia's oil exports, or about 1 million barrels per day. It begins in the Samara region, passes through Bryansk and then branches into two sections: northern and southern, which pass through Belarus, Ukraine, Poland, the Czech Republic, Slovakia, Germany, Hungary, Latvia, Lithuania.

In December 2019, during the crisis in relations with the Kremlin, Belarusian President Alexander Lukashenko threatened to "take away" two Druzhba pipes and reduce the transit of Russian oil to Europe threefold if Moscow did not agree to concessions on energy prices.

"Give us your prices. We will pay. But if the Russian oil and gas market disappears somewhere, don’t be upset," Lukashenko said.

Poland buys 5.6-6.6 million tons of Russian oil per year as part of a long-term contract with Rosneft, which expires this year.

The contract for the next three years, concluded in March, was half the previous one. Poland is going to buy 3.6 million tons, or 300 thousand per month.