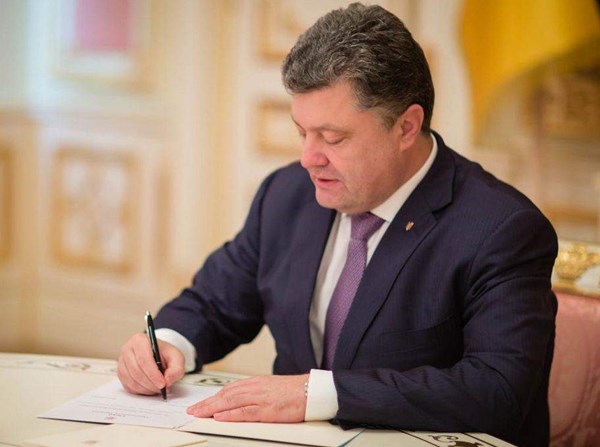 "Above all, American weapons can help us liberate the Donbas and return the Ukrainian territories," said the President of Ukraine during a speech at the US Military Academy at West Point in New York.

Poroshenko expressed regret that the topic of providing Ukraine with lethal weapons is still unresolved and controversial.

He also believes that giving Ukraine defensive weapons is a legal instrument to protect the Ukrainian position.

"We are talking about an electronic warfare system that will provide the world with irrefutable proof of Russia's crimes – from where they open fire to kill our civilians, [as well as] from where [and] when they brought heavy weapons, banned by the Minsk agreements, [in addition to] the caliber [of these weapons]. And, finally, this is evidence that will enable us to form a legal position when the crimes of the Russian Federation are considered by the International Court at The Hague... it's not just a weapon, but a legal instrument to protect the Ukrainian position," Poroshenko said during a meeting with the Ukrainian community and representatives of Crimean Tatar organizations in New York.

The President noted that Ukraine has "advanced" in negotiations on the provision of defensive weapons with the new US administration.

After a visit to Donbas, former NATO Secretary General Anders Fogh Rasmussen called for the provision of defensive weapons to Ukraine.