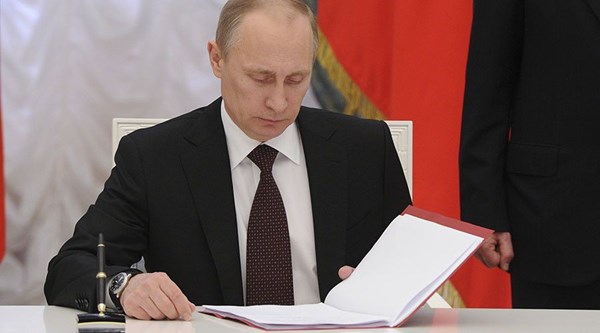 On Monday 13 May, Russian President Vladimir Putin opened a new series of meetings on the defense industry. During his opening address, he stressed the need to develop new weapons systems based on “breakthrough technologies”, RBC reports.

“We must take into account the change in the military and political situation in the world, which is negatively affecting regional and global security. I’m referring primarily, of course, to the US’s withdrawal from the Intermediate-range Nuclear Forces (INF) Treaty, as well as a whole range of other factors. All of this requires that we consistently develop advanced weapons systems based on breakthrough technologies,” Putin remarked.

He claimed that, at present, the proportion of modern weaponry has reached 82% in Russia’s Strategic Nuclear Forces, 74% in the Aerospace Forces, more than 60% in the Airborne Forces and Navy, and 50% in the ground forces.

On 12 May, Kremlin Spokesperson Dmitry Peskov announced that Putin would be initiating a new series of meetings on the defense industry. He said that the meetings would be held in a new format, but did not mention any specifics.

Before the first meeting on Monday, Putin explained that each session would be devoted to a specific branch of the military. Before each session, he intends to visit some of the relevant military units, testing grounds and defense enterprises together with the leaders of the Defense Ministry.