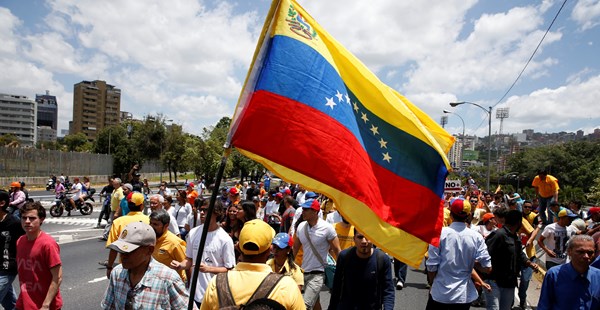 Russia’s Permanent Representative to the UN said that the United States was aware that there were no chances for the American version of the resolution to pass and used it only to get an opportunity for accusing the countries that rejected it of hindering humanitarian assistance to Venezuela, TASS reported.

"Eventually, we have reached the climactic scene of the United States’ show of double standards on Venezuela," said Nebenzya at the meeting of the UN Security Council.

"We have serious concerns that today’s session may be used as a step forward in preparing a real intervention, not a humanitarian one, as a pretext for external interference for reasons of the UN Security Council’s alleged inability to settle the crisis in Venezuela," said Russia’s permanent representative to the UN.

Ma Zhaoxu, Permanent Representative of China to the UN, said that the text of the US resolution fundamentally differs from the Chinese stance."

South African Permanent Representative Jerry Matthews Martjila, who had also voted against the American version of the resolution, described the content of the document as biased.

“The proposed US resolution does not reflect the root causes of this conflict,” the Permanent Representative of the Republic of South Africa emphasized.

Earlier, Russia and China, as permanent members of the UN Security Council, blocked the American draft resolution on Venezuela.

On January 23, during the rally in Caracas, the Speaker of the National Assembly of Venezuela, Juan Guaidó declared himself acting leader of Venezuela. He was supported by Western and Latin American countries. The current President, Nicolás Maduro accused the opposition and the USA of trying to carry out a coup d’état.