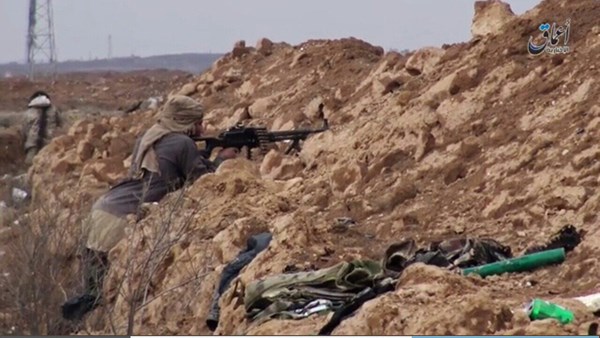 On Wednesday, the Russian Defense Ministry accused the Pentagon of a possible breach of the peace agreement in the southern de-escalation zone in the Syrian province of Daraa.

This was elicited by what the Russian military considers “strange coincidences”.

The Russian Ministry of Defense claims that initially they identified vehicles with large-caliber weapons, resembling the vehicles used by the radical Islamists, near the American Al-Tanf base, and then they documented the unobstructed movement of militants from the base’s safe zone and the abduction of humanitarian aid intended for local residents.

As the department’s official spokesperson Igor Konashenkov explained on Wednesday, between October 2 and 3, nearly 600 militants in the Rukban refugee camp in the US-controlled Al-Tanf zone set out west in SUVs in an organized manner. According to him, they traveled unhindered for 300 km, and arrived at Deraa through the Tafas border crossing.

“According to a ‘strange’ coincidence, at the same time as the militants, two vehicle convoys with medicine and products for the civilian population entered the de-escalation zone,” the general observed, “All of the arriving humanitarian aid, and primarily the medicine, was offloaded and is now in the possession of the militants arriving from Al-Tanf.”

He added that the base has been “blinded” by SUVs with large-caliber machine guns and recoilless guns “not typical for the US”. Furthermore, according to his claims, 300 militants on pickups came out of the same US-controlled zone in order to block the motorway between Damascus and Deir ez-Zor, which is used to bring supplies to the Syrian forces.

“We must not tolerate the propaganda campaign which would overshadow our partners’ firmly committed efforts to defeat the terrorists,” the Pentagon spokesman said.

According to him, last week the US made dozens of airstrikes against the Islamic State (IS) terrorist organization, supported the Iraqi military, and ensured the beginning of the concluding phase of Raqqa’s liberation from IS.

“The US Armed Forces and our coalition’s forces are attacking IS terrorists wherever they are. The Russian armed forces, in contrast, have focused most of their efforts in Syria on fighting with opposition forces unrelated to IS, and attacking civilians caught in the crossfire,” Pahon observed.