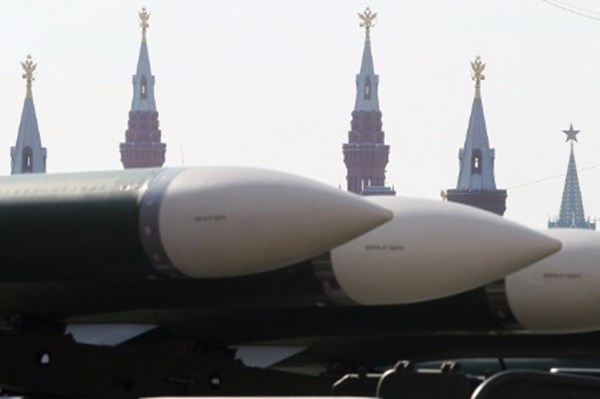 The previously scheduled meeting of the bilateral Russia-USA consultative commission on the Treaty on the Reduction and Limitation of Strategic Offensive Arms (START) will not be held in Cairo, said the Russian Foreign Ministry.

"The previously scheduled session of the bilateral consultative commission on the Russian-American START Treaty scheduled in Cairo (November 29 – December 6) will not take place on these dates. The event is postponed to a later date," the Russian Foreign Ministry said.

The Russian newspaper Kommersant reported, citing the US Embassy in Russia, that "the Russian side informed the United States that it unilaterally postponed the meeting, and said that it would offer new dates."

At the consultations, the parties planned to discuss mutual claims within the framework of this treaty – first of all, the issue of resuming on-site inspections.

The Russian delegation was to be headed by Deputy Director of the Department for Non-Proliferation and Arms Control of the Russian Foreign Ministry Vladimir Leontiev.

The Strategic Arms Reduction Treaty is the only remaining element of the once comprehensive system of arms control treaties between the United States and Russia. This agreement also limits the number of strategic nuclear weapons, such as long-range missiles.

In accordance with the START Treaty, each of the countries can have no more than 800 carriers of nuclear weapons and no more than 1550 warheads. In February 2021, U.S. President Joe Biden and Russian President Vladimir Putin extended the agreement until 2026.

The START Treaty provides for regular mutual inspections at intercontinental ballistic missile sites, strategic submarine bases, strategic air bases, as well as at loading and storage facilities, repair sites and test sites. From 2011 to 2020, the parties carried out 328 such inspections. Since 2020, the inspections have not been held due to the pandemic.

As Kommersant points out, the meeting of the advisory commission – the first since the beginning of the war in Ukraine – would mean that despite the tough confrontation between the Russian Federation and the United States, they are ready to discuss issues of mutual interest, in this case in the field of arms control.

In October 2022, as part of the START Treaty, the United States and Russia exchanged data on the number of strategic offensive arms.