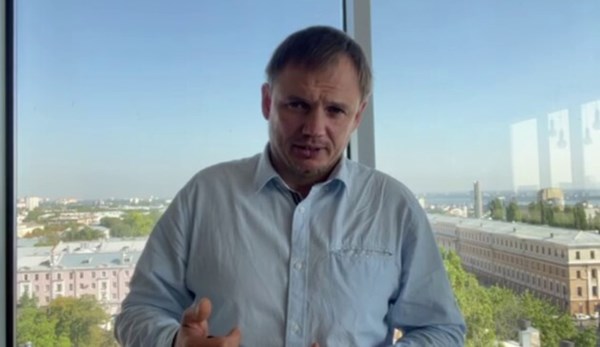 The so-called "deputy head" of the Russia-installed administration of the Kherson region, Kirill Stremousov, fled from Ukraine to Russia and from there publishes video messages assuring his followers of the failure of the Ukrainian counteroffensive on Kherson.

After analyzing the view from the window, against which the collaborator recorded the video, Sternenko and his colleagues concluded that the video was recorded in the Marriott Hotel in Voronezh on Prospekt Revolyutsii, 38.

"In the background, you can see the Annunciation Cathedral of Voronezh, and the same yellow-light four-story building on Revolyutsii Street, 29 (Technical School of Construction Technologies). There is also the Voronezh reservoir in the back," Sternenko points out.

The head of the joint press center of the Security and Defense Forces "South" Natalia Gumenyuk confirmed that the Ukrainian military had launched offensive actions in many directions in the south of Ukraine. According to her, the Ukrainian Armed Forces broke through the first line of defense of Russian troops near Kherson.