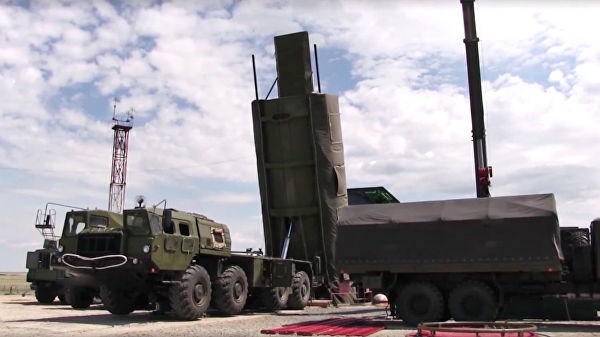 For the first time, the Russian military has presented an Avangard missile system with a hypersonic warhead to American inspectors, RBC reports with reference to a statement by the Russian Defense Ministry.

The Avangard was demonstrated in order to help preserve the “viability and effectiveness” of the New START nuclear arms reduction treaty, the department explained. The ministry noted that the Avangard should be adopted into active service by the end of 2019.

The American inspectors were in Russia from November 24-26.

Development of the Avangard hypersonic missile system was first publicized in a presentation by Russian President Vladimir Putin to the Federal Assembly in March 2018. In December, the president said that Russia had already begun serial production of the system. At the same time, Col. Gen. Sergey Karakaev, Commander of Russia’s Strategic Missile Forces, said that the first Avangards should reach the Dombarovsky missile division in 2019.

The Avangard is equipped with a gliding warhead that can move at hypersonic speeds through dense atmospheric layers. It can also maneuver at the same time, avoiding anti-missile defenses, making its trajectory unpredictable and improving its ability to hit protected facilities.

“Relatively recently, at least, among experts there were very different opinions on the fundamental possibility of including a missile system with a gliding warhead (‘hypersonic glider’) in the New START treaty. Evidently, during the interdepartmental consultations, the Russian side decided that such an approach was possible,” Dmitry Stefanovich, an expert from the Russian International Affairs Council, told RBC. According to him, this could be due to its use of an existing type of intercontinental ballistic missile as a launch vehicle, as well as an existing type of missile silo.

This step appears to be a demonstration of goodwill from Russia in light of the US’s request that all new means of delivering nuclear weapons be included in the New START treaty so that it can be extended. Stefanovich remarked that if the American inspectors were satisfied by what they saw, the chances of the New START being extended will improve.

In August, the US officially withdrew from the Intermediate-Range Nuclear Forces (INF) Treaty, accusing Russia of developing weapons which violate the treaty. The New START, another treaty which restricts the development of missile weapons, is still in effect, but expires in 2021. The White House has warned that it is “unlikely” to be extended, because Washington believes that the treaty does not regulate Russia’s latest developments in the missile weaponry arena. This view was expressed in July by former US National Security Advisor John Bolton, who resigned in September.