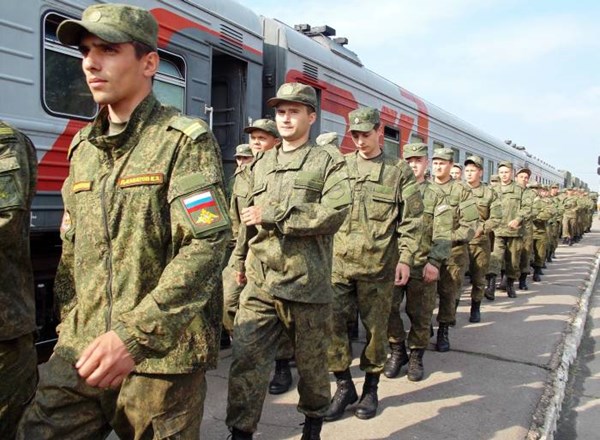 The Russian army is looking for tens of thousands of people to join it on a contract. Recruitment is conducted through job search websites. Most people are recruited into units that suffered losses in the war in Ukraine, reported the news website Important Stories.

The publication analyzed job search websites and found that at least 7 units that fought in Ukraine posted vacancies for a total of 2166 new recruits. One of them is the 64th Motorized Rifle Brigade from the Khabarovsk Krai (military unit No. 51460), which, according to Ukrainian officials, was involved in the genocide in Bucha. It is looking for 356 people. The unit acknowledges that new hires will be sent to Ukraine.

The 104th Guards Airborne Assault Regiment is also looking for 300 people. According to Important Stories, this unit was also involved in the killings of civilians in Bucha. The record holder for the number of posted vacancies is the 37th motorized rifle brigade from Buryatia. 1270 people are required there. The region ranks second in the number of military deaths in Ukraine.

The 74th separate motorized rifle brigade from the Kemerovo region is looking for 187 people. In mid-May it lost 485 people during a failed crossing of the Siverskyi Donets River.

In June, Russian military units also began to recruit doctors, including psychologists. According to one of the ads, "a psychologist should help the military "adapt to environmental conditions, solve personal problems, improve the moral and psychological climate in the team."

According to the vacancy database of RosTrud (Russia’s Federal Service for Labour and Employment), by mid-June, military units were looking for more than 22.2 thousand new servicemen. Most of the vacancies are open in the Rostov and Ulyanovsk regions, as well as in Bashkortostan.

At the same time, job search websites are not the only source of search for a new recruits. Volunteers are recruited by Kadyrov's units, forced mobilization in the so-called Donetsk and Luhansk People’s Republics and through the Wagner private military company.

Not all new recruits are sent to Ukraine. One of the military enlistment offices in Bashkortostan is recruiting people for service in Tajikistan.

Journalists also found out that new contractors can be sent to the war without training. Command of one of the military units said that the deployment is carried out immediately after the recruitment.