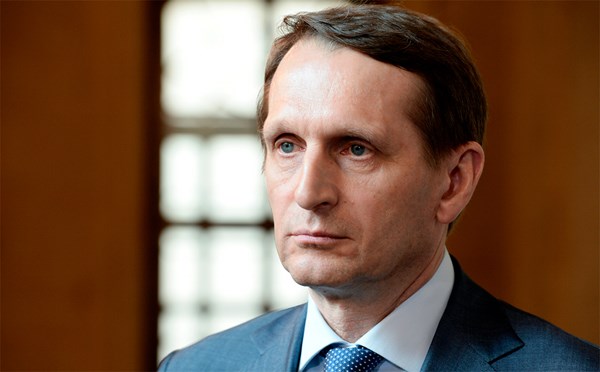 The global nuclear weapons control system that was set in place by Moscow and Washington in the last few decades of the Soviet Union is slowly but surely falling apart.

The treaty, which restricts the number of nuclear warheads and carriers, first signed in the late 1970s and then repeatedly expanded and extended (most recently by Dmitry Medvedev and Barack Obama in 2010), will probably cease to exist in three years’ time, said Sergey Naryshkin, head of Russia’s Foreign Intelligence Service (SVR) on Friday.

On November 8-13, Russian and US diplomats met in Geneva to discuss the treaty, which expires in 2021. The outcome of the week-long consultations between the US State Department and the Russian Foreign Ministry could be summed up in a single phrase: “The parties continued to discuss practical matters related to the implementation of the treaty”.

What Naryshkin means is that the US and Russia could not reach an agreement.

The New START is heading for the same “tragic fate” as the INF Treaty, he said while speaking at a round table at the Baltic State Technical University “Voenmeh”.

The head of the SVR blames the US for the collapse of the treaty, claiming that it has acted deliberately to “undermine the international security system”. He said that Russia has been taking decisive steps to rescue the arms control architecture. “But we cannot force Washington and its satellites to do this,” Naryshkin stressed.

“In the alarming situation that is unfolding, we simply must make efforts to strengthen our country’s defensive capabilities. As the saying goes: If you want peace, prepare for war,” TASS cites the foreign intelligence chief as saying.

In June 1979, Jimmy Carter and Leonid Brezhnev were the first to limit the number of nuclear warheads and carriers, when they signed the SALT-II treaty. Half a year before the dissolution of the Soviet Union, in July 1991, START I was signed on the basis of it, initiating the nuclear disarmament process: each country undertook to reduce its number of warheads to 6,000.

This was followed by START II in 1994 and New Start, which remains in force to this day. The most recent version of the treaty limits both Russia and the US to 1,550 nuclear weapons.

The US claims that Russia’s latest weapons fall outside the scope of the New START.