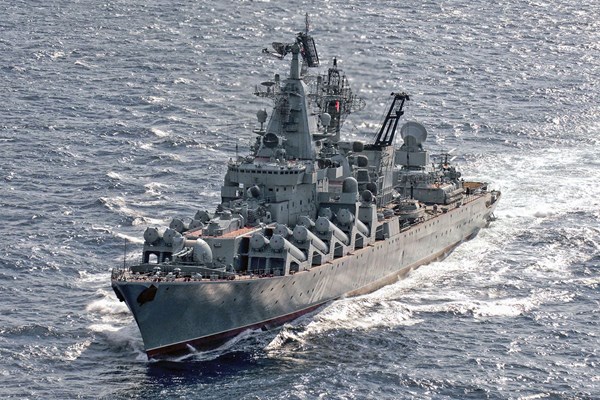 Russia sent its Moskva guided-missile cruiser for exercises in the Black Sea after the U.S. sent a Coast Guard ship to the region, reported Interfax news agency with reference to the press service of the Black Sea Fleet.

"The crew will conduct a set of combat tasks and joint maneuvers in several Black Sea sea ranges with ships of the Black Sea Fleet and helicopters of maritime aviation and air defense," the Russian Navy Command said.

They also added that, during the exercises which will involve live firing, the region will be inaccessible for navigation. According to the Russian Navy Command, the Moskva crew will work out the use of the main missile system against a naval target, simulating firing at the conventional enemy.

On 27 April, a U.S. Navy Hamilton Class Coast Guard-class ship was dispatched to the Black Sea.

Earlier, Russia said it was going to block the Kerch Strait for six months for any navigation. Ukraine, the United States and the EU protested in this regard.