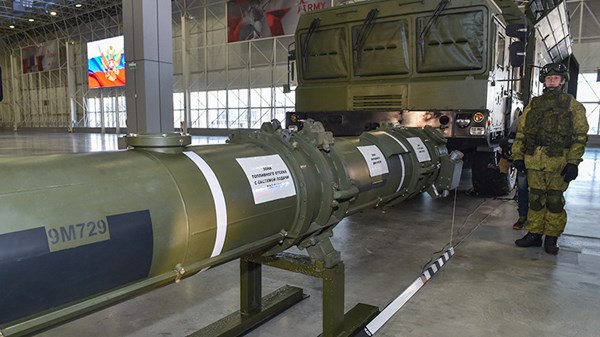 On Wednesday, Russian authorities showed military attaches and journalists accredited in the Russian Federation the new missile system, which, according to the United States, violates the terms of the Intermediate-Range Nuclear Forces Treaty concluded during the Cold War. With the presentation of the missile system, Moscow made another attempt to refute accusations and prevent the withdrawal of Washington from the treaty.

Washington threatens Russia to withdraw from the INF Treaty, stressing that the new 9M729 (SSC-8 in the NATO classification) violates the treaty which prohibits both sides to deploy medium-range and shorter-range ground-based missiles in Europe.

Russia claims that the new missile system does not fall under the INF Treaty because of its range and does not violate the terms of the treaty. Moscow accuses Washington of creating a false pretext to withdraw from the agreement and develop new missiles.

During a briefing on Wednesday, Russian Deputy Foreign Minister Sergei Ryabkov said that Washington made it clear through diplomatic channels that the decision of the United States to withdraw from the treaty is final.

The briefing was followed by the demonstration of the missile that broadcast on public TV channels. During the briefing, a high-ranking representative of the Russian military said that the new missile is an upgraded version of the 9M728 missile.

The maximum range of the new missile is 480 km, 10 km less than 9M728, which means that Russia fully complies with the requirements of the INF Treaty, stressed Mikhail Matveevsky, the head of the rocket forces and artillery of the Russian Armed Forces.

In connection with the dispute over the missile, Washington may begin the process of withdrawing from the agreement on February 2, which is likely to raise questions about the future of other arms control agreements between the US and Russia.