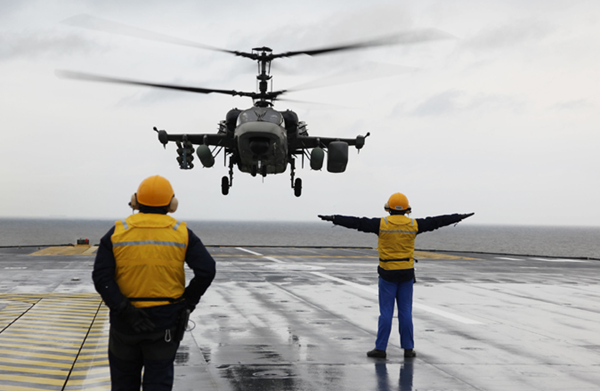 Before the end of April, the Russian Defense Ministry plans to sign a contract to build the first two Russian amphibious assault ships, a source in the defense industry complex told the TASS news agency.

“We expect that, by the end of April, the military department will sign a contract for the construction of two amphibious assault ships, which will be built at the Zalyv Shipbuilding Yard in Crimea,” the source said. He added that “a technical design for these ships has been developed in accordance with the technical specifications formulated by the naval command”.

The source noted that the laying of the helicopter carriers’ keels will be timed to coincide with the 75th anniversary of the victory in World War II early in May. The source did not specify the deal’s price.

TASS does not possess official confirmation of this information.

Sources in the shipbuilding sector told TASS previously that the ships, which constitute a new class for Russia’s navy, will have a displacement of 25,000 tons and a maximum length of around 220 meters. One Russian amphibious assault ship will carry more than 20 heavy helicopters on board. It will have a docking chamber for landing ships, and will be able to transport up to 900 marines.

In January, the press service of the Zalyv Shipbuilding Yard in Kerch confirmed to TASS that it is technically ready to build helicopter carriers for the Russian Navy.

Amphibious assault ships, also known as helicopter carriers, can carry a group of various types of heavy helicopters and transport more than 1000 marines. They are equipped with a dock for boats, and can transport armored vehicles. Neither the Soviet Union nor the Russian Federation has ever built any ships of this class.