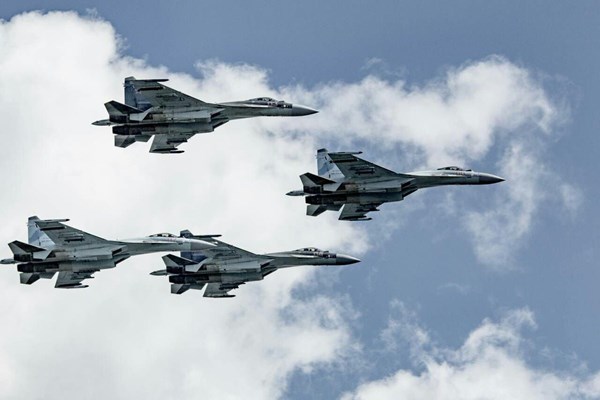 At the end of March, Iran will receive Su-35 fighters purchased from Russia, reports the Iranian news agency Tasnim, quoting the member the Islamic Republic's parliamentary commission for national security and foreign policy, Shahriar Heydar. This is the first official statement by the representative of Tehran about the purchase of Russian fifth-generation fighter jets.

Heydar did not provide the number of aircraft purchased from Russia. According to him, Moscow will also supply Tehran with helicopters, missiles, and air defense systems. The Iranian news agency did not specify the amount and the terms of the agreement.

At the end of last December, the media, citing sources in intelligence services of some Western countries, reported that Moscow would supply Iran with 24 Su-35 aircraft in exchange for the Shahed drones used in the aggression against Ukraine. Ukrainians nicknamed these drones "scooters" and "balalaikas" because of the loud sound, like the rattling of a scooter.

The Su-35 were previously planned to be delivered to Egypt. The amount of the transaction was about $2 billion. The estimated delivery date was 2019. But Cairo later refused to proceed with the purchase, fearing secondary sanctions from Washington.

The supply of Su-35 to Egypt first became known after the publication of an article by Russian journalist Ivan Safronov. The material was published on March 18, 2019, in the newspaper Kommersant and caused a scandal in the Egyptian media and the Egyptian Ministry of Defense.

In September 2022, Safronov was sentenced to 22 years in a strict regime penal colony. He was charged with high treason.