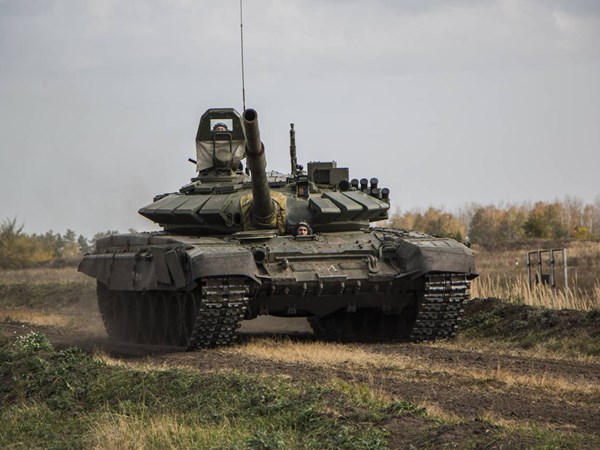 The Armed Forces of Russia will not buy the new Armata tanks in large numbers, due to their costliness, lamented Russian Deputy Prime Minister Yury Borisov on Monday, Rambler.ru news outlet reports.

He added that the T-72 tank already in the armament is far more attractive to the military, both technically and financially.

The Armata tank has the letter “O”, which means that it is a prototype. When such prototypes are made, it implies that this is done not for technical interest’s sake, but in order to deal with some specific tasks, explains Alexey Leonkov, expert from the Arsenal of the Fatherland magazine.

It makes no sense to create expensive equipment if no combat tasks are foreseen which only these models would be capable of. The number of units which need to be produced, and how many will be purchased by the Defense Ministry, is based on these tasks. When there are models which greatly surpass the existing types of weaponry, the question always arises: why do we need so many of these tanks, if the existing models are more than capable of carrying out all conceivable military assignments? - the expert asks.

The Armata is a technical breakthrough which puts it one generation higher than all existing tank models, not only in Russia, but in the world. For this reason it simply has no worthy competitors on the battlefield – all Abrams and Leopards could be “sparring opponents” to the latest Russian tank.

No NATO country has a tank built according to a modular scheme. Even the most recent developments in western countries are based on the classical scheme, i.e. the crew sits in the rotating turret. This scheme has not changed since World War II, and so everything the NATO engineers call “new” tanks are actually no more than a modernization of the old layout, - the expert claims.

However, the revolutionary concept of the Armata leads to a revolutionary operating expense, Leonkov emphasizes. The pertinent question here is how effective the investment of funds is, especially in light of the strained budget.

Furthermore, there is another reason why the Defense Ministry will be reluctant to buy the Armata: the human factor. Whereas the previous generation of tanks could be driven by conscripts who had undergone preliminary training, the crew of the high-tech Armata will have to be comprised of professionals – contractors with plenty of experience operating such equipment.

It would be pointless to construct 1000 Armatas, because there will not be enough tank operators for them.

There is currently nowhere to get such commanders and other crew members for the Armata, since the tank itself has only just arrived in the armament. Several years will be required before there will be enough soldiers who know how to drive this machine. And the existing models are enough for training crews. The Armed Forces are unlikely to require more than a hundred such machines, - Leonkov concludes.