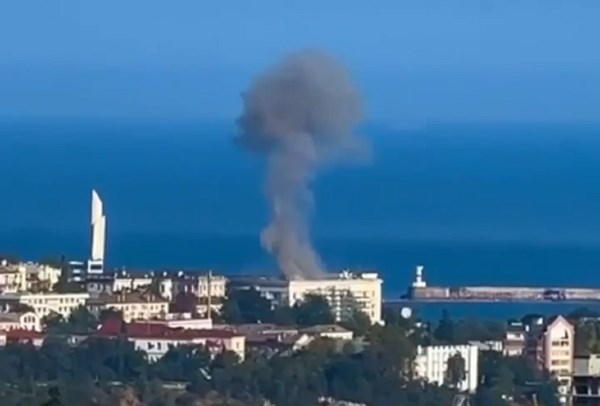 Attacks in Crimea continue. A drone flew into the headquarters of the Black Sea Fleet in Sevastopol, said the so-called "governor" of Sevastopol Mikhail Razvozhaev.

"I'm at the Navy Headquarters. 25 minutes ago, a drone flew into the roof. Unfortunately, it was not shot down, although small arms were used in the bay. It was flying low. There are no victims," he wrote on Telegram. The official said that all surrounding areas and entrances to the headquarters of the Black Sea Fleet are blocked.

Adviser to the Minister of Internal Affairs of Ukraine Anton Gerashchenko published a video from the scene of the incident. "Good morning, occupiers," he signed his post.

This is not the first attack on the headquarters of the Black Sea Fleet. On July 31, a drone with an explosive device flew into the courtyard of the building. Six people were injured in the explosion. Russian authorities said the homemade drone was launched from the territory of Sevastopol. According to independent military experts, Ukrainian sabotage groups operate in the city area and in other areas of Crimea.

Last night, air defense systems were activated in Sevastopol and Yevpatoria. According to Russian media, there were drone attacks in these cities.