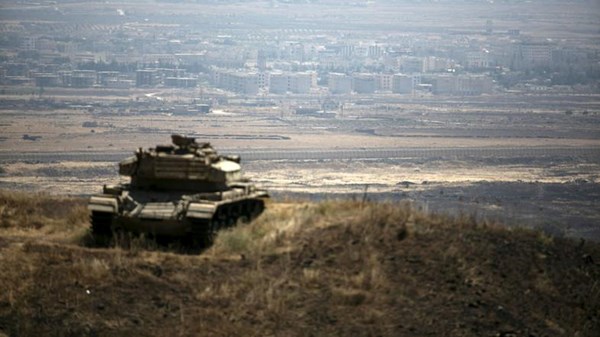 According to Russian state news agency Sputnik, Israeli tanks were spotted in the demilitarized zone between the Israeli and Syrian borders in the Golan Heights.

According to Ali Hassan, a correspondent for the agency, Israeli tanks went past the Allon line, deep into the demilitarized zone approved by the UN in 1974 as a neutral territory bordering the separate forces after the Six-Day War.

In response, Syrian units stationed on the other side of the neutral zone were put on maximum alert. Hassan, who receives information from sources in the Assad administration, suggests that Israeli tanks are covering up the engineering projects to “seal the corridor” which was previously used by the IDF to communicate with the rebels in the Golan Heights, deliver supplies and evacuate the wounded.

The UN peacekeeping force, UNDOF, which controls the disengagement agreement between Syria and Israel in the Golan Heights, has been called to the location of Israeli tank entry into the neutral zone.