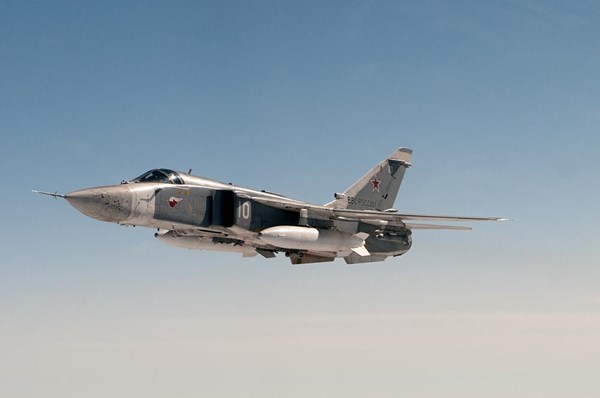 During Nauseda's speech, a representative of the Spanish air force contingent stationed in Lithuania approached Sanchez notifying him of an unidentified Russian aircraft over the Baltic Sea.

After the alarm signal in the room where the press conference was held, the military began preparing to leave. Due to the appearance of the Russian aircraft, two Spanish fighters were scrambled.

When the situation calmed down and the press conference resumed, Nauseda noted the importance of the presence of Spanish troops and aircraft in Lithuania to protect all NATO members.

In turn, the Russian Ministry of Defense said that two Su-24 aircraft performed a planned training flight over the neutral waters of the Baltic Sea. The Kremlin stressed that "the flight was carried out in strict accordance with international airspace rules, without violating the borders of other states."