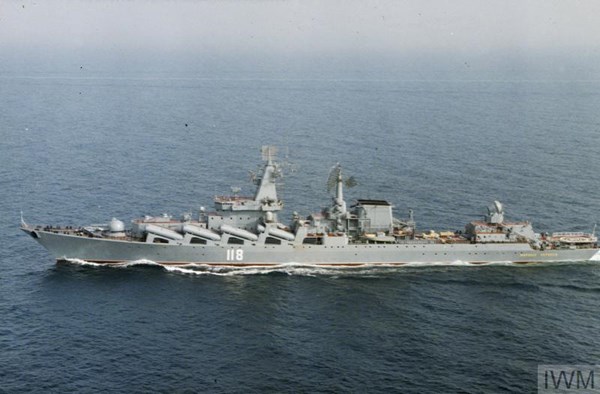 Two Northern Fleet ships, the large anti-submarine ship Severomorsk and missile cruiser Marshal Ustinov entered the  waters of the Mediterranean Sea from the Atlantic after undergoing repairs, Interfax reports citing the press-service of the Northern Fleet.

The crew of the Marshal Ustinov performed air defense drills and checked the readiness of its weapons and technical systems. The Severomorsk crew practiced fighting surface vessels. The press service noted that the ships crossed the Strait of Gibraltar at night “in conditions of dense ship traffic.”

The last time the Russian missile cruiser was in the Mediterranean Sea was February 2017. It was the heavy nuclear-powered battle cruiser Pyotr Velikiy that accompanied the aircraft carrier Admiral Kuznetsov during a military operation in Syria.

The Marshal Ustinov underwent repairs from 2011 to 2016. It returned to service in 2017 after factory tests. It then took part in the Navy parade in Kronstadt in 2018 and was also in the Northern Fleet for a week in June to carry out shooting exercises and to test new weapons. The Russian Ministry of Defense called it “the largest cruise of the decade”.

On August 7, it was reported that the Marshal Ustinov and the Severomorsk entered the English Channel through the Mediterranean Sea and headed for the Atlantic Ocean. They traveled over four thousand nautical miles after the beginning of maneuvers.

The Marshal Ustinov is the second ship to be built as part of Project 1164 Atlant and became operational in 1986. It is equipped with sixteen Vulcan anti-ship missiles, S-300F Fort anti-aircraft missile systems and other weapons.