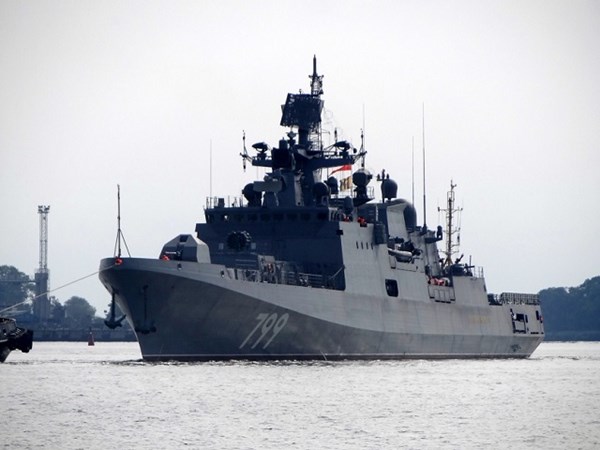 Russian ships docked at Sevastopol Bay of the Black Sea Fleet located in it were attacked by drones, reported Sevastopol governor Mikhail Razvozhaev.

"Black Sea Fleet ships are repelling a UAV attack in the waters of the Sevastopol Bay. No facilities in the city are affected. Stay calm. The situation is under control. All operational services are ready," he said. According to Razvozhaev, in addition to the UAV, the Russian military, according to preliminary information, "destroyed an above-water drone in the bay area."

After the attack, Sevastopol authorities suspended a ferry service connecting the northern and southern parts of the city. Boats and yachts are not allowed to enter the Bay.

Four Russian warships of the Black Sea Fleet were blown up, said the adviser to the Ukrainian Interior Minister, Anton Gerashchenko.

According to him, "as a result of careless handling of explosives, several ships, including a frigate and a landing ship, exploded in the Sevastopol Bay.

"According to unconfirmed reports, one of the ships, which self-detonated, in the Sevastopol Bay is the Admiral Makarov, a carrier of Kalibr cruise missiles. It was from this ship missiles were fired at Vinnytsia in July. Because of this strike dozens of Ukrainians were killed and wounded, including the girl Liza," Gerashchenko said.

The Russian Defense Ministry has published its version of what happened at the Black Sea Fleet base in Sevastopol. According to the Ministry, it was a "terrorist attack" on fleet ships and civilian vessels.

According to the Russian Ministry of Defense, the ships that were attacked were engaged in ensuring the security of the "grain corridor". The sea minesweeper Ivan Golubets and the booms in Yuzhnaya Bay received minor damage.

The Kremlin claims that the officers of 73rd Special Center for Naval Operations of the Ukrainian Armed Forces, which were trained by British specialists located in Ochakov, Mykolaiv region, are behind the attack. These same specialits, according to the Russian Ministry of Defense, were involved in the explosions of the Nord Stream and Nord Stream 2 gas pipelines.