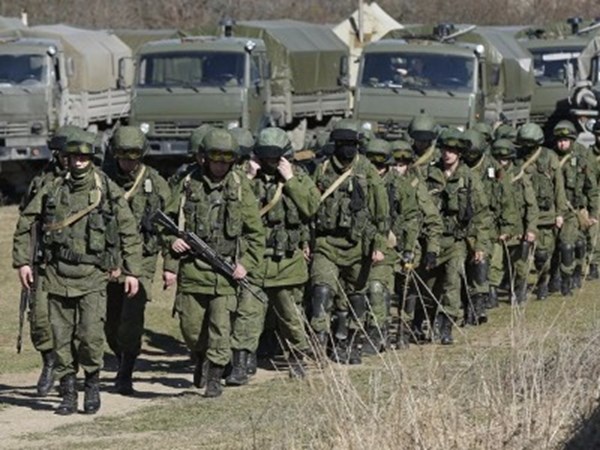 The Security Service of Ukraine (SBU) said that the Wagner Group, a Russian private military company, participated in conflicts in the Donbas in 2014, and subsequently in Syria.

“An evidence base has been collected on the activity of Russian soldiers in the Donbas and in Syria, the activity of the Wagner Group. The campaign’s leader is Dmitry Utkin. This project makes it possible for the Kremlin to tell the international community that there are none of its soldiers there [in Eastern Ukraine],” SBU head Vasyl Hrytsak said a press briefing in Kyiv.

Hrytsak explained that the Ukrainian intelligence agency has established the names of 1,578 people involved in the Wagner Group’s activity. Many of them took part in military operations in the Donbas,” the SBU head noted. “The Wagner Group shot down the Il-76 with our paratroopers on board, and stormed the Luhansk airport. It participated in the assault on Debaltseve,” Hrytsak said. He noted that the group’s activity was first recorded in South-Eastern Ukraine on May 21, 2014.

According to him, the first two operations involved 72 Wagner Group fighters, 15 of whom were killed. “We know all of their names,” Hrytsak stated.

Hrytsak also noted that the SBU has established the involvement of about 40 Ukrainians in the Wagner Group.

“We have identified roughly 40 Ukrainian citizens [involved in the Wagner Group]. However, we have information that 95% of the Wagner Group’s members are Russian citizens. As a rule, they are former special forces, GRU staff, and paratroopers,” Hrytsak explained.
According to him, the SBU has also learned that the Wagner Group has a subdivision called “Karpaty”, which was later renamed “Vesna” (Spring).

“These people are the Ukrainian citizens who are trained in the Wagner Group to carry out acts of sabotage in the heart of our country,” the SBU head added.

On June 20, the Wagner Group was placed under US sanctions, which were introduced against physical entities and organizations on account of Russia’s interference in the situation in Ukraine. Dmtiry Utkin, who is believed to be the founder and leader of the Wagner Group, was also placed under sanctions.