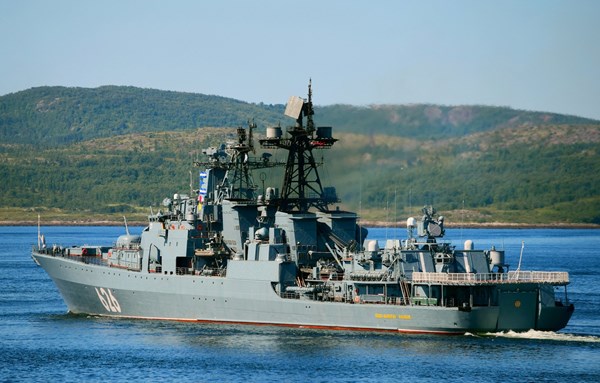 The Spanish Ministry of Foreign Affairs did not give permission to two Russian warships, the large anti-submarine ship Vice-Admiral Kulakov and the rescue tugboat Altai, to enter the port of Ceuta (a Spanish autonomous city on the north coast of Africa), reports Deutsche Welle.

The newspaper Confidencial, citing official sources, claims that Russian warships were planning to dock for three days from August 18 to refuel in Ceuta and replenish food supplies. The crew members were also planning to visit the city.

The Russian Navy used to stop in Ceuta quite regularly. In recent years, however, this has drawn criticism from Spain's NATO and EU allies. Thus, the European Parliament asked the Spanish government to explain how its "hospitality" towards the Russians is consistent with the EU sanctions imposed due to annexation of Crimea.

The UK has also repeatedly expressed its discontent with the entry of Russian ships given that Ceuta is located near the British naval base in Gibraltar. London believes that the Russian navy can collect information about its base when the Russian ships are docked in Ceuta.