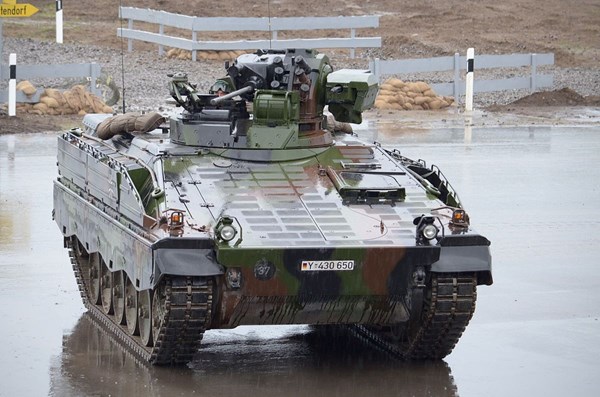 The position of the Swiss authorities may become an unexpected obstacle for supplying heavy weapons from Germany to Ukraine. The Swiss government has vetoed  Germany’s request to ship Swiss-made ammunition used in the Marder infantry fighting vehicle (IFV) to Ukraine, the Swiss newspaper Sonntags Zeitung reported, citing a representative of the Swiss State Secretariat for Economic Affairs (SECO).

"SECO has received two requests from Germany for the shipment of ammunition previously produced in Switzerland to Ukraine. A negative answer was given to both requests, citing Switzerland’s neutrality and mandatory refusal criteria provided for by the legislation on military equipment," the newspaper quoted SECO’s representative as saying.

At the same time, as the Swiss news website 20min.ch notes, military products from Switzerland are already in the combat zone. The UK has sent anti-tank weapons with Swiss warheads to Ukraine. The British took advantage of a loophole in Swiss law, according to which, no special federal permit is required to export individual parts or components of weapons.

After the beginning of Russia's aggressive war against Ukraine, Switzerland supported EU sanctions against Moscow and essentially moved away from the declared practice of political neutrality, Reuters points out. However, at the same time, the Swiss government claims that neutrality does not allow supplying weapons to conflict zones. Last month, Switzerland refused to supply Poland with weapons for Ukraine.

Earlier, it was reported that a subsidiary of the German defense holding Rheinmetall asked the German government for permission to ship 100 Marder infantry fighting vehicles to Ukraine. The request was received by the German Ministry of Economic Affairs and was immediately sent to the Federal Security Council. The council, headed by Chancellor Olaf Scholz (Olaf Scholz) will have to decide in the coming days whether Berlin is ready for a direct supply of heavy weapons to Ukraine. According to Welt am Sonntag, this is the first such application since the beginning of Russia's war against Ukraine.