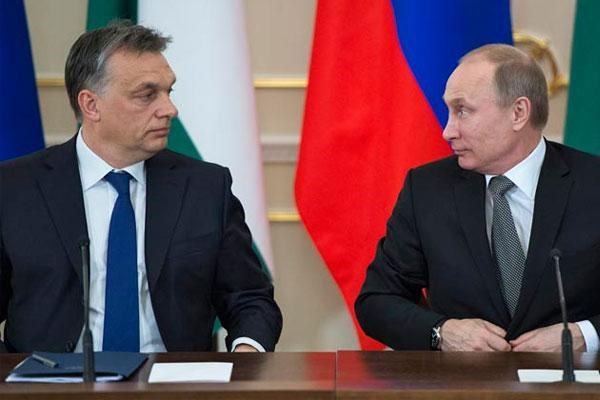 “I must say that we could develop even more [relations] if not for the harmful sanctions. Because of these measures, we are losing opportunities,” said the Hungarian Prime Minister. Moreover, Orban assured Putin that Hungary stands for the normalization of relations between Russia and the West. He also noted that bilateral relations between Moscow and Budapest are developing well.

The European Union, the US and several other countries imposed restrictive measures against Russia in 2014 because of Russia’s annexation of the Crimea and the conflict in the southeast of Ukraine. In response, Moscow implemented the prohibition on food imports from most countries that supported anti-Russian sanctions. On June 29, EU leaders decided to extend the restrictive measures against Russia for another six months.